Tragedy in Kisumu that resulted in 7 people being Hospitalized

By Nathoo (self media writer) | 4 months ago

A two-storey Building under construction collapsed in Kisumu Mamboleo area where Seven were found injured and they were rushed to Hospital as rescuers and residents were in the Scene getting shocked on the reason behind the collapse of the Building under Construction. 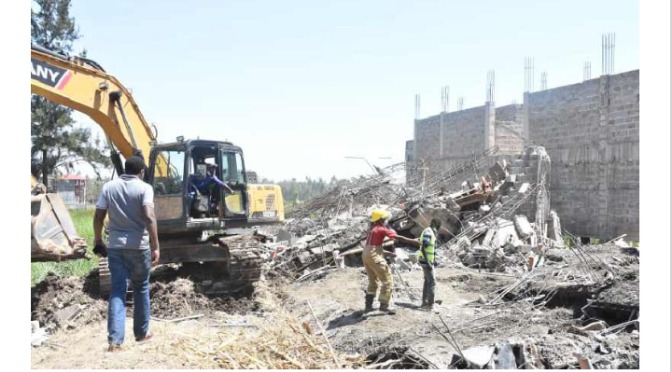 Among those who were trapped was a Woman who was serving food to the construction Workers and upon being interviewed she said that she was stunned after hearing a cracking sound from the site as it was unexpected and finally a two-storey building was down. 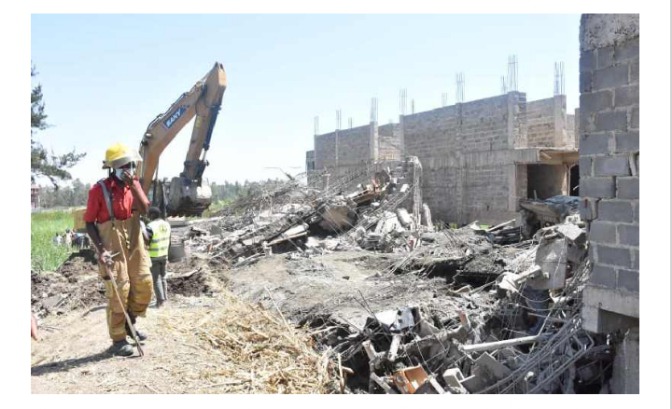 Okeyo a person interviewed too said that he left the woman serving food to his Colleagues in the site when unexpected happened.

Moments after the building collapsed residents pulled out a crying Mother with a Baby inside the Building.

By 2pm an excavator was yet to arrive at the scene as fire fighters and other rescue teams struggled to cut through the rubble.

The incident comes as Surveyors had raised an alarm over Substandard houses being constructed in the City that might lead to loss of lives among the Kenyans. 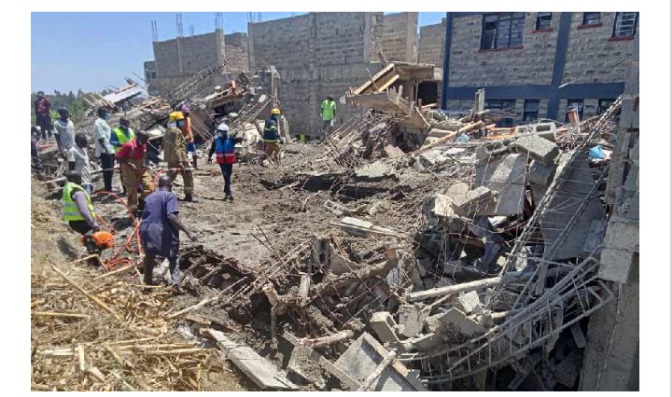 Content created and supplied by: Nathoo (via Opera News )

A Man Kills His Son And Hangs himself in Nairobi, Tassia Estate.