A deadly accident has reportedly left three people dead after the vehicle they were traveling in reportedly collided with an Overspeeding Boda-Boda Operator who was immediately rushed to the nearest hospital after sustaining severe injuries. 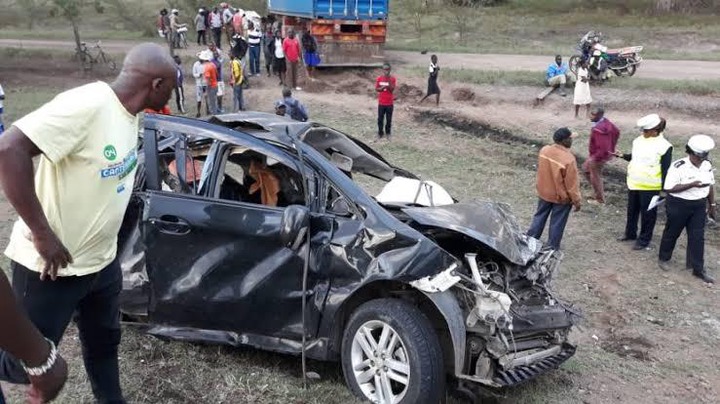 According to the reports given by the witnesses or rather locals from Kirinyaga, it was reported that the personal vehicle was trying to overtake a vehicle that was Infront of it despite the fact that he was on the blind spot or in other words couldn't see Oncoming cars.

This was followed by a deadly accident after the personal vehicle reportedly collided with a boda-boda operator who was coming from the opposite direction killing three occupants of the vehicle on the spot.

The Boda-Boda operator who also sustained severe injuries was immediately rushed to the nearest hospital where he is currently receiving medical treatment by good Samaritans who were at the scene of the accident.

This incident has sparked alot of mixed reactions from Kenyans who seemed to have been confused on why there was an increasing number accident related deaths in the past few months. With a section of Kenyans claiming that maybe this was because of the current situation where roads are poor in state, others went ahead and called upon all Kenyans to follow all the traffic rules and regulations set by the government in order to reduce the number of accidents in Kenya. 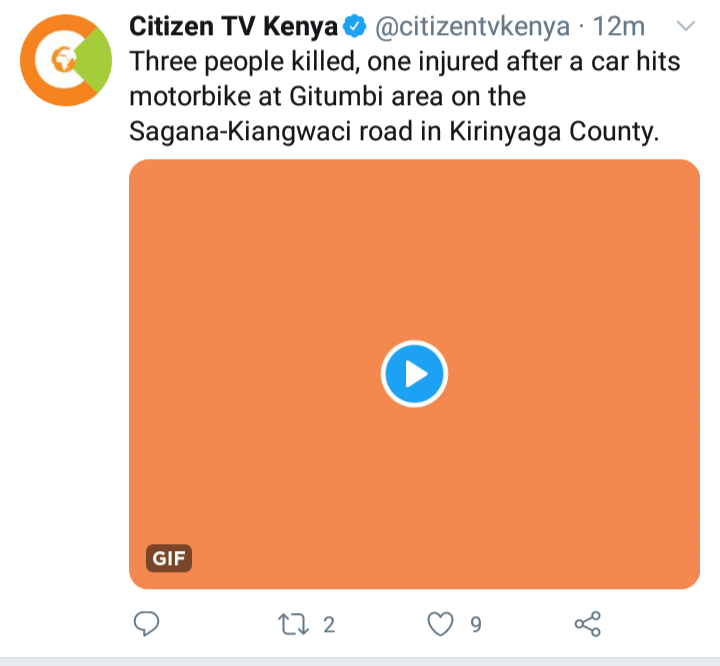