By CrimeBuster (self media writer) | 7 days ago

A renowned chief from Pokot has banned a popular dance style which is commonly referred to as the 'Kwara Kwara' claiming that it's the main cause of early teenage pregnancies in the region.

According to the reports given by the chief, he revealed that the dance was promoting immortality in the region adding that it is the main cause of the ongoing school drop out being experienced in the region where a number of teenagers have been forced to abandon schools after becoming pregnant.

Due to this reason, the chief who has been described as a no nonsense man has called upon parents to make sure they don't allow their children to attend such parties. At the same time, he revealed that they were going to arrest anyone caught disobeying this order.

This is happening at the same time when the ministry of education through the Cabinet secretary of education proffessor George Magoha has revealed that the northern region of Kenya is currently registering the highest number of early teenage pregnancies.

At the same time, the cabinet secretary of education proffessor George Magoha has blamed this on parents who he said are not looking after their children properly.

According to the reports given by Magoha, he urged parents along with teachers to allow children who have already given birth to go back to school, in order to reduce the increasing rate illiteracy among young mothers who often drop out of school after realizing that they are pregnant.

Magoha who expressed his concerns over the rising cases of early teenage pregnancy also called upon the government through the, Kenya police service to start working hand in hand with schools that are experiencing high school drop out rate in order for them to arrest the men who are responsible for the act. 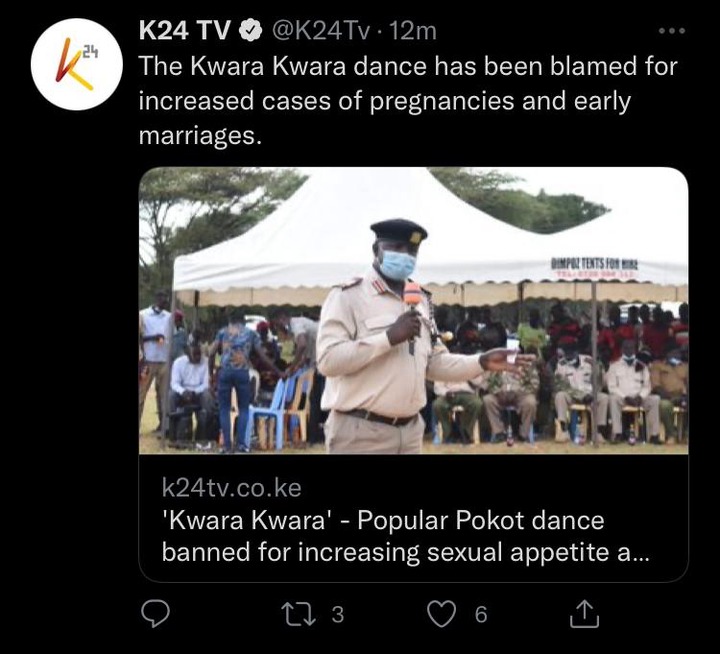