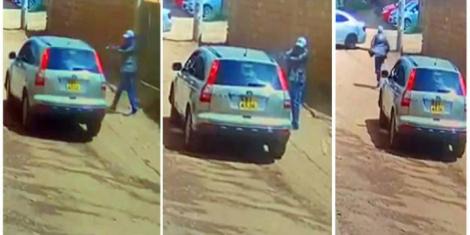 Mirema Drive in Kasarani area executed by unknown assailant"/>He has surrendered to the police after being suspected of being the mastermind of Samuel Mugo Mugota's broad daylight shooting in Mirema.

Dennis Gachoki Karani denied planning the assassination of Mugota, who was accused of heading a drug-spiking ring that used over 50 women to defraud unsuspecting patrons of nightclubs. 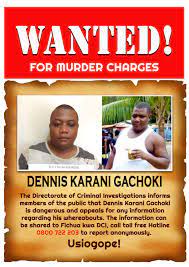 Mugota denied being a fugitive in a video that went viral, adding that he was on his way to the Directorate of Criminal Investigations (DCI) to record a statement.

"I was in Nakuru when I found out that the DCI had classified me as the most dangerous and armed criminal in the country." Someone recognized me and informed me that the police had initiated a manhunt for me. My life has been flipped upside down since then, and I've been lacking in peace "he declared

Despite this, Karani admitted to being acquainted with the deceased. They only met twice, though. 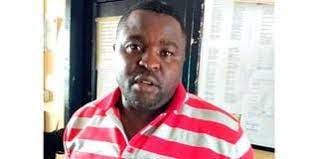 "I knew who he was, but I had never communicated with him. During a wedding ceremony in Meru in 2018, I met him. Mugota was introduced to me by a friend. We returned to Nairobi in the same vehicle after the wedding.

"We never exchanged phone numbers. I was in Nakuru at the time of his murder when I learned of his death. I found out about his death through the news "the suspect clarified 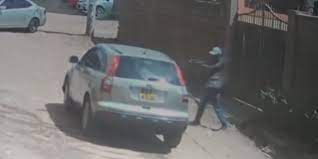