By Jusa (self media writer) | 5 months ago 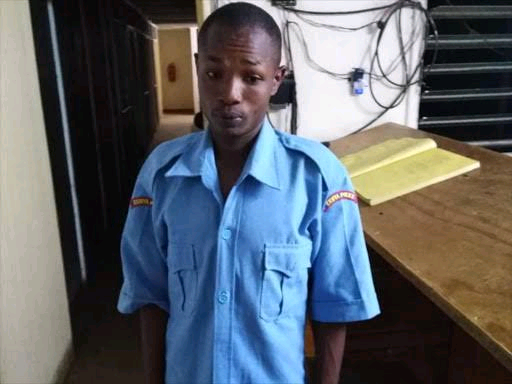 The youthful man was on Monday placed before Kibera Law Courts, according to the reports.

Benson Mbugua reportedly accosted the woman at Uthiru market in Dagoretti on February 25, 2022 before introducing himself as a police officer attached to Satellite Police Station.

After asking for her assistance, Mbugua committed the heinous act when the lady whose rate was Ksh.300 per hour, searched for change from the woman's fellows.

He later promised to nab the woman for robbing a man his laptop and smartphone after she failed to have sex with him. 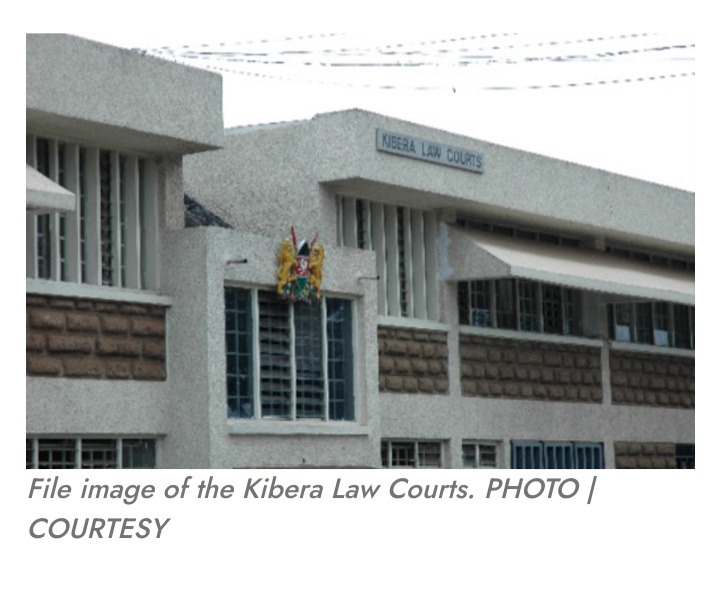 Mbugua according to the complainant was totting a toy walkie-talkie at the time of the ordeal but the lady, failed to do as per his wish and cried for help before a congregation nearby responded to her distressed calls.

The congregants went ahead to assault the police impersonator before nabbing him and frogmarching him to the nearest police station.

He pleaded not guilty to the offences infront of Kibera Senior Principal Magistrate Charles Mwaniki and was freed on a Ksh.100,000 bond or cash bail of Ksh.50,000.

The case was scheduled for mentioned on March 4, 2022. 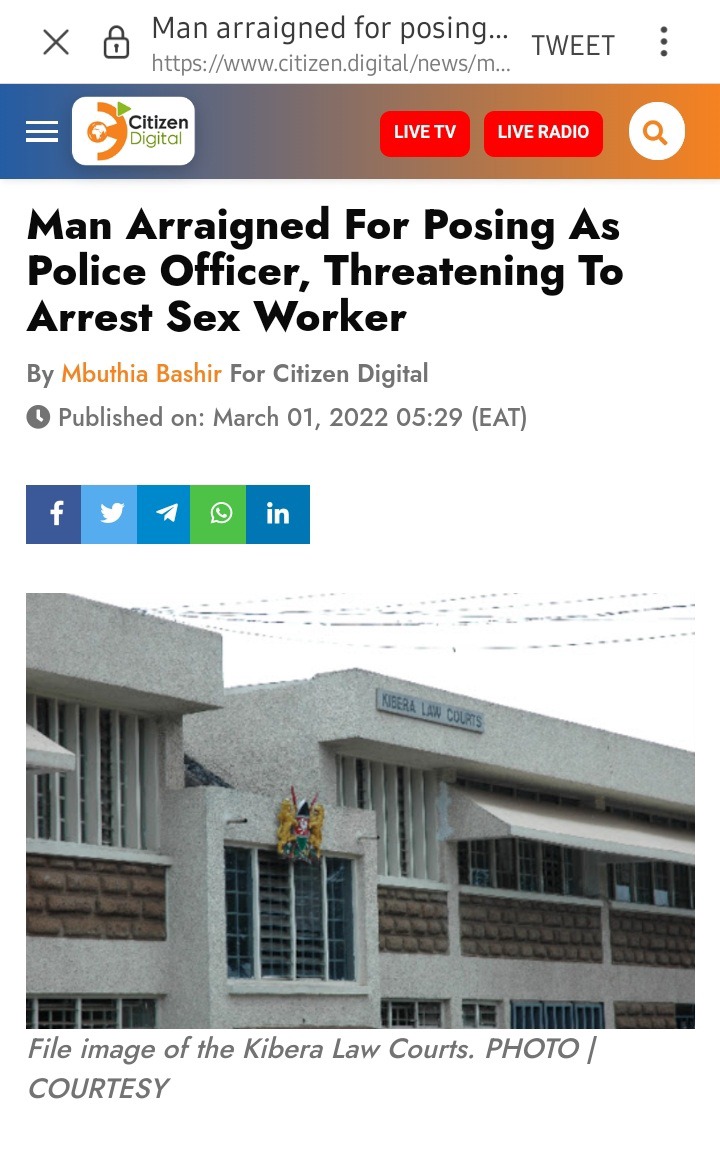