Another Criminal Gunned Down in Bloody Scenes After Committing This Offense

By dukee (self media writer) | 10 months ago

Team building has done it again.Today early morning at around 1 p.m.,a notorious gangster famous known as Rooney to the residents was gunned down by the killer cops after a series of reported terrorism along the route connecting Dandora and Lucky summer through the dump site.This notorious criminal was shot dead in Umoja after the allegations that him and his fellow gangsters stabbed to death a security guard chairman well known as Nelly. 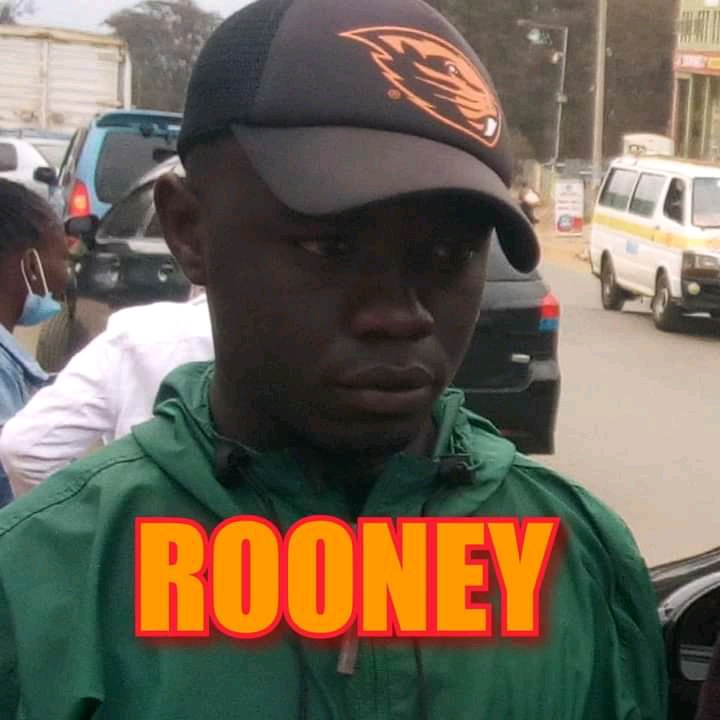 This murder is said to have happened within Dandora Phase 4 where the security guard chairman was with his other 3 fellow colleagues when the incident took place.On addition to this,it is also reported that all the victims lost all their valuables including the mobile phones at a gun point during the occurrence of the incident.

The killer and undercover cop Hesy wa Dandora has called upon the fellow killer cops to mobile and launch a searching team so that they can trace these other criminals that disappeared in thin air. 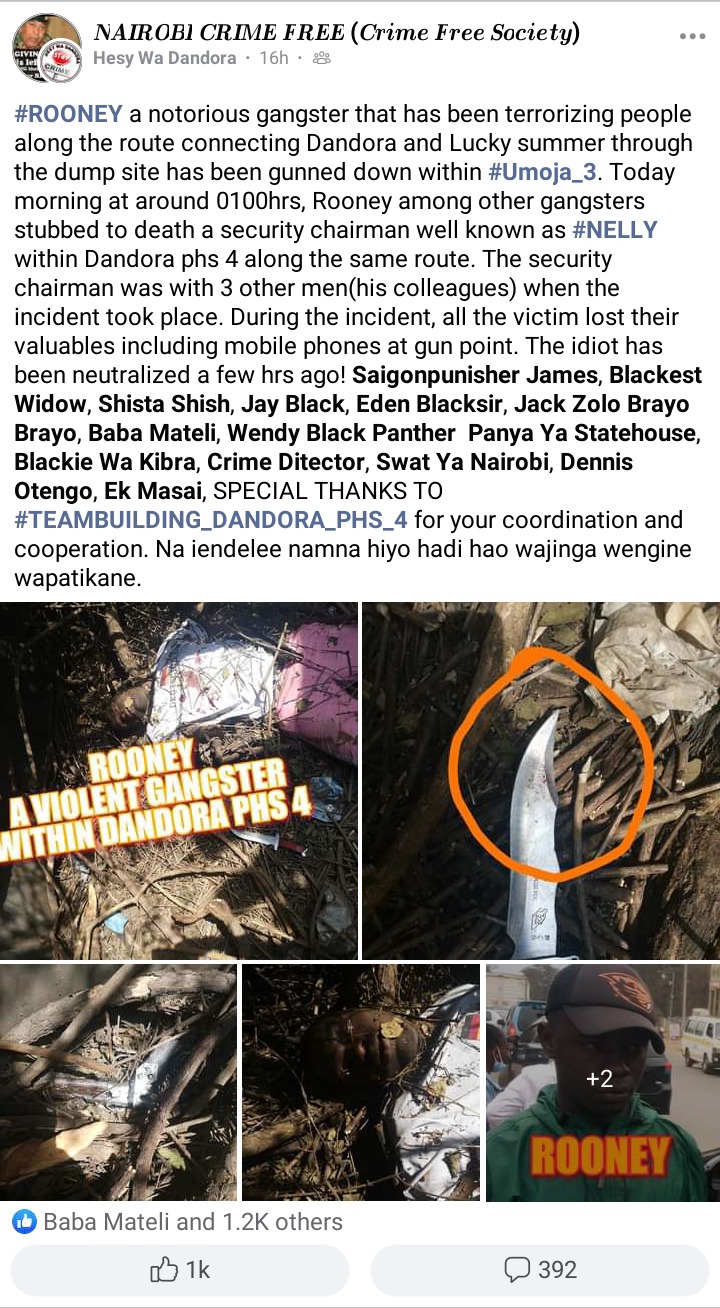 Despite the fact that the undercover cops are warning these notorious criminals to surender to the authorities,it seems that they are not ready to reform.That is why we will keep on receiving bad news of young youths being murdered and gunned down in the name of thuggery.