The Inspector General of Police, Japhet Koome, has this afternoon breathed fire on politicians who have been threatening police officers with transfers from their places of work. 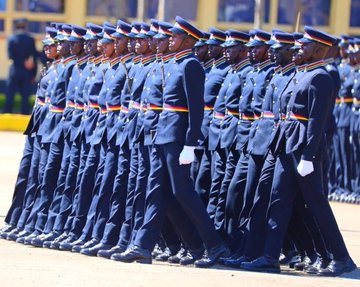 Picture courtesy. National Police Service officers during a parade at a past event in Kenya.

Although he did not name the politicians, the Inspector General of Police asked them to desist from the behavior of including police matters in their utterances.

Eng. Japhet Koome has said that the National Police Service is an independent institution that is free of such and thus duties of transfers and other order are specifically given by the IG of Police.

The Inspector General also poked holes in the statements by the politicians who claim that they will be firing police officers as this can only be done by the NPSC.

It's unclear as to which politicians the Inspector General of Police, Japhet Koome is referring to this afternoon in the statement that has just been released.

Here is part of the statement from the Inspector General of Police, "It has come to the attention of the Inspector General, National Police Service, Japhet Koome that there are some certain politicians who are addressing members of the public while claiming that they are going to transfer or dismiss some Police Officers.

Such utterances are thus null and void.

The National Police Service has always been an independent Constitutional Office with direction as well as command under the Inspector General of Police.

We hereby request that the National leaders especially politicians desist immediately from making such public utterances likely to cause disaffection within the National Police Service." 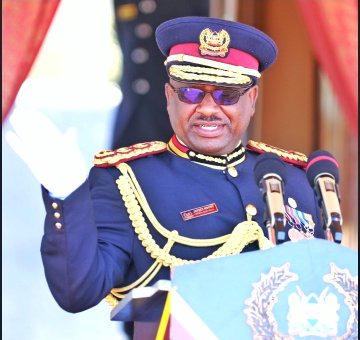 Picture courtesy. Inspector General of Police, Japhet Koome at a past event in Kiganjo.