Kenyans have expressed their disappointments and dissatisfactions over the increasing rate of crime in the country despite the continuous recruitment of police officers. 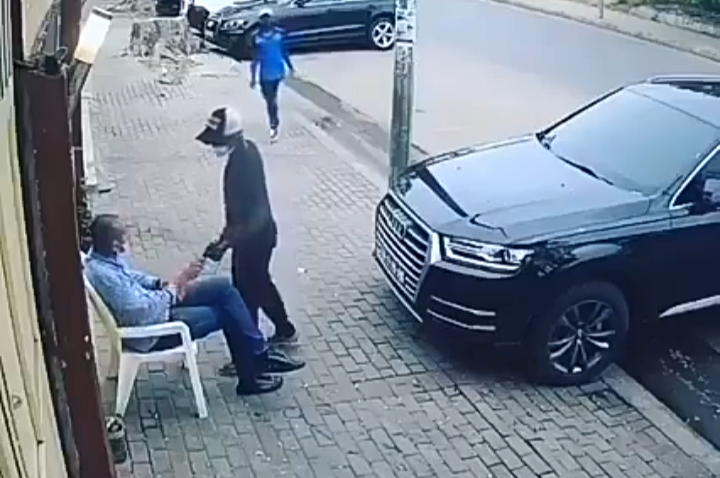 In a scary video that has been shared by a reliable source of information, a man could be seen sitted in his gate while using his phone. However, thinks escalate after a man comes and points a gun at him after which he Robs him.

He later moves to another man and after finding him with nothing, calmly walks towards a boda-boda operator that was waiting for him after which they leave without panicking despite the fact that they just robbed the victim.

The incident has since sparked sparked Alot of mixed reactions from a number of kenyans who called upon President Uhuru Kenyatta to give a Shoot to kill order to thugs who are found with guns. According to most Kenyans, this is the only way in which the government was going to get rid of criminals in Kenya.

Tracy Wanja - It's like taking something that's yours, he's not even running, he just walked casually and, robbed him.

Ann Mutua - This is actually scary, the dude was scared. You can see it in his eyes and the way he walks after.

Morine Lunjalu - I honestly want to own a gun because of this, someone can't just take what's mine like a joke.

Mike Lukaku - The most painful thing is that he Wil sell it at a throw away price. Sometimes i don't understand what's wrong with this people.

Milka Njeri - Where are all the security guards, this looks like a good estate which from my view seems to be enclosed.

Mark Paul - You might think it's a joke Untill it actually happens to you, this is not something you can play with. UPDATES: Family of Olympian Agnes Tirop Uncovers a Major Reason that Might Have Led to Her Killing