By KuluNews.com (self meida writer) | 24 days 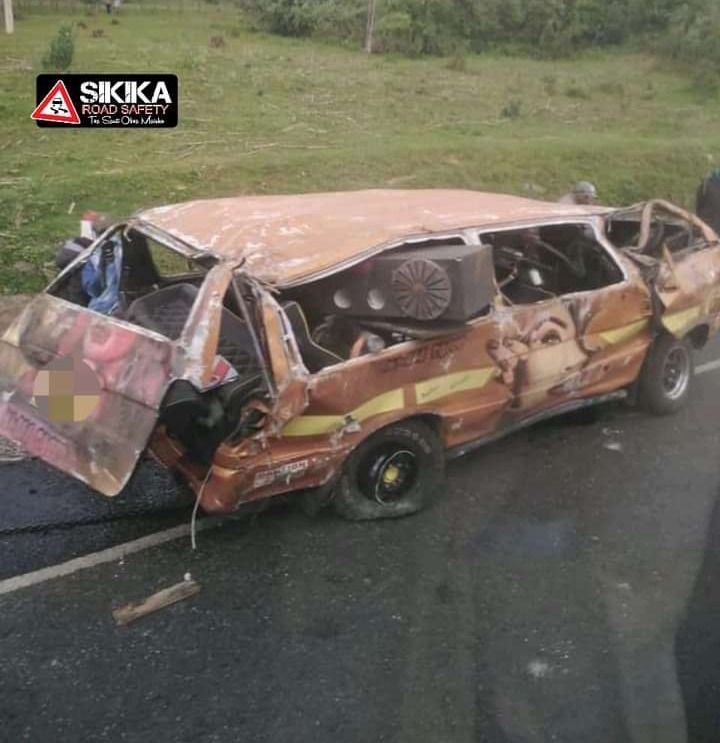 Kenyan highways have always been marred by several blackspots which have claimed lives of several people including innocent pedestrians on the roads.

Today, a tragic accident happened along the Kericho Nakuru highway which claimed the lives of four youths who lost their lives on the spot while others escaped with minor injuries.

According to Daily Nation news reports, the matatu which was headed towards Kisumu from Nakuru lost control and rolled several times. 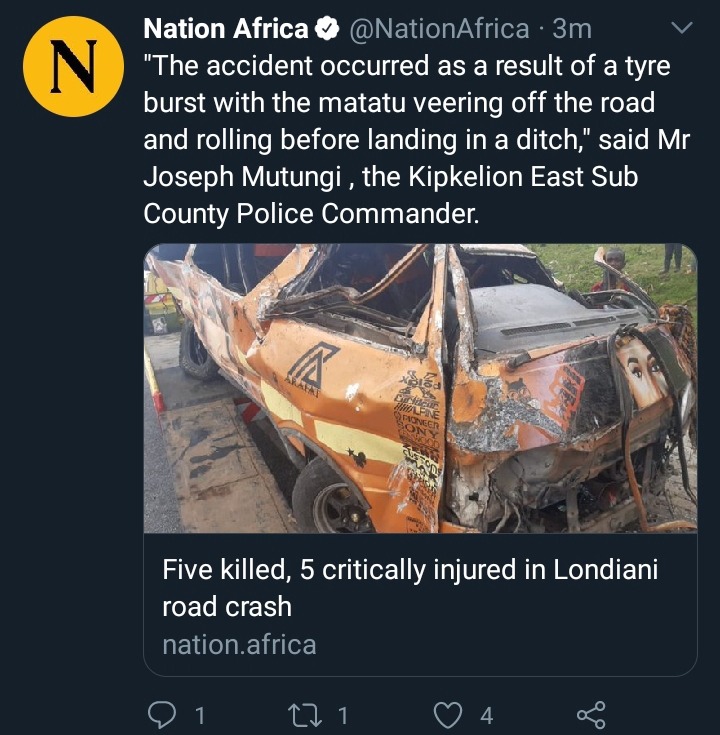 The police boss stated that the Nissan was on high speed when one of the tires burst which led to the accident.

"The accident occurred as a result of a tyre burst with the matatu veering off the road and rolling before landing in a ditch." The police boss stated.

The bodies of the victims were taken to Kericho County Referral Hospital mortuary, while those with minor injuries were treated and later on discharge.