Remains Of A Dead Kid Found In Coffin Just In Kisii

By MrMajoriJuniour (self media writer) | 1 month ago 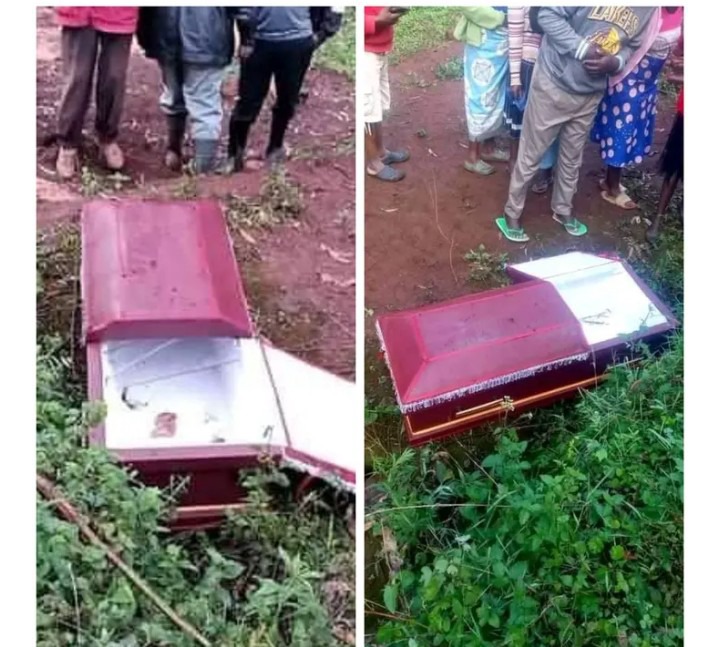 Witchcraft activities are on a rise; especially in Gusii region where there have been very many chaos and emotions as elderly people get executed falsely in the name of being witches. Just two months ago, there has been an incident where 3 old grandmothers were executed; where one was beheaded before getting burnt. Besides that, the old mothers are thought to have been executed falsely.

It has come to our notice that those accused and murdered falsely die yes but the real "Heroes" remain disturbing innocent souls. For example, the Gusii community is moving into sanity but such acts show a bad format of photos which is very wrong.

Following what has recently occurred, it has left people scared; especially those ones who live near the place where the scene occurred. Parts of a small Kid's body were found in the coffin.

Locals still believe the body was exhumed on Witchcraft grounds by unknown assailants who are still at large. The incident attracted a huge crowd with police officers also touring the area to try and establish what could have really occurred. 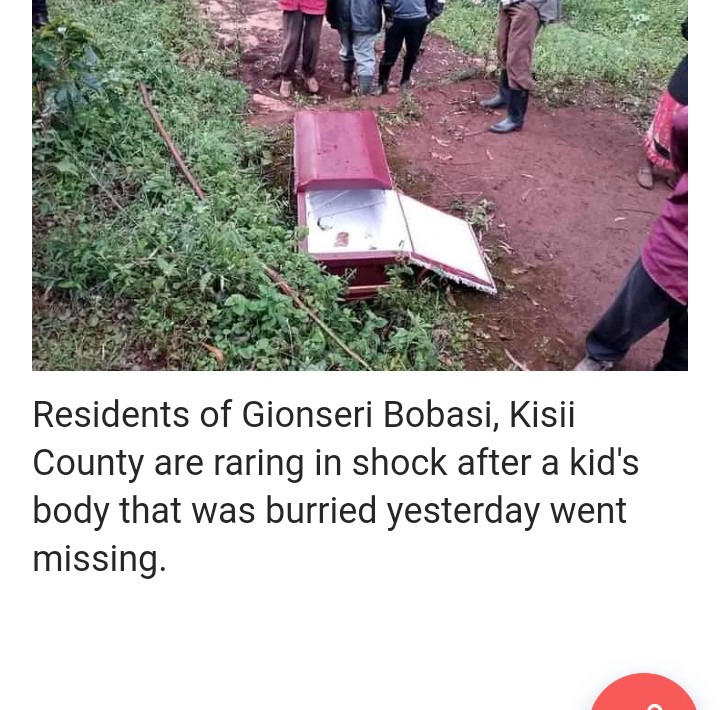 It is really scaring especially when the body is found but just pieces. Very wrong indeed and the act should be condemned by all means. Such people should be executed now because reports show that it might have been a sign of mediocrity or harassment which they wanted to cause.

Barely a month ago the same locality hit the airwaves after several grannies were slaughtered in cold blood for allegedly practicing Witchcraft.

The incident attracted backlash around the country with the government also kicking in and arresting several people who were caught on cameras executing the elderly women in the area.

What should you say about this. Is it that wrong people are getting accused and executed leaving real witches in action? Share your comments with us and follow my channel for more updates like this one. Thank you for reading too.

Content created and supplied by: MrMajoriJuniour (via Opera News )