By KrimeExpert (self meida writer) | 8 days

Drama was yesterday witnessed in Mumias after two police officers came into contact with a number of thugs who were allegedly trying to break into one of the business stores in the region. 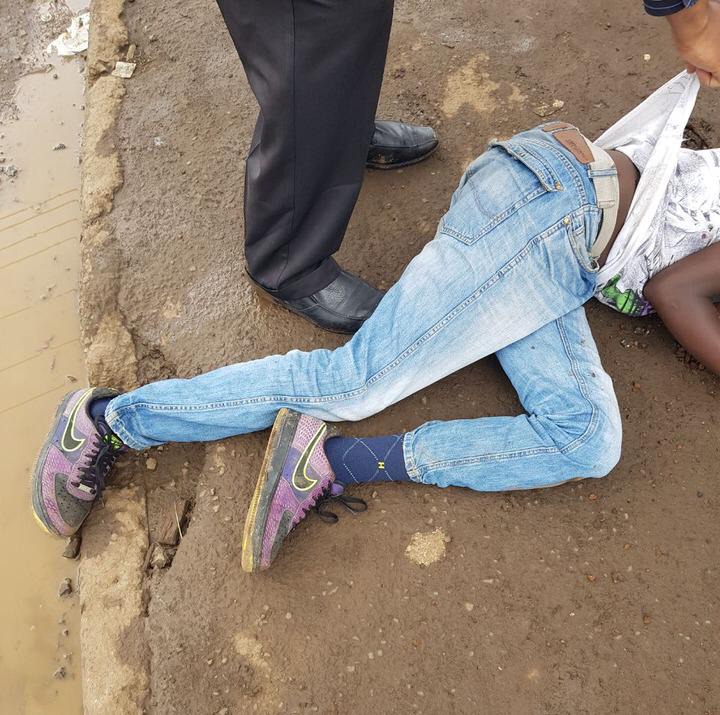 According to the reports given by the Digital cops, it has been revealed that the two officers were doing their rounds within Mumias town before they heard a commotion at the Mumias west sub county offices.

Both constable Samuel Wairobi and Violet Akwende decided to check on what was happening before they Busted a number of thugs trying to break in. This was was followed by a dramatic scene after a deadly shoot out bursted between the two groups.

Luckily for them, it was later revealed that one among the 10 thugs who were at the crime scene was shot and immediately rushed to the nearest hospital where he is currently receiving medical treatment as his colleagues run for their lives. 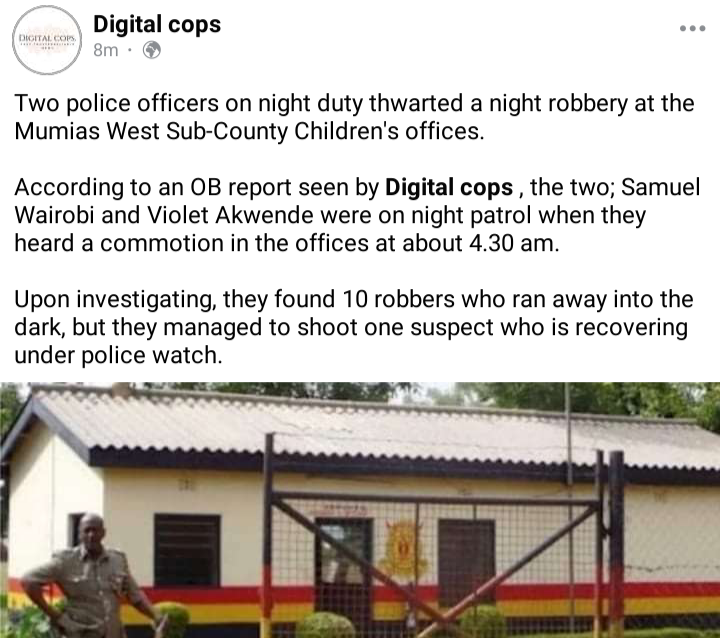 While reacting to this incident, a number of kenyans have called upon the government to consider creating more job opportunities for the increasing number of unemployed Youths in the country.

According to the reports given by most Kenyans, they revealed that the rate of crime was currently on the rise due to the fact that a lot of kenyans are currently trying to survive or rather make ends meet by doing odd jobs due to high rate of unemployment.

Wonders Of A Beetroot Plant Especially On Expectant Mothers

Kidneys Problems Are On The Rise. Prevent Yourself From The Deadly Disaster By Avoiding These