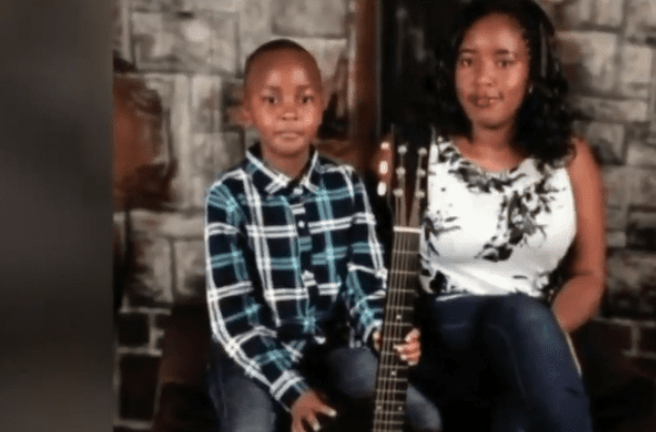 Finally the autopsy examination on the remains of A lady and her 8 year old son who were found murdered inside their house along Jogoo Road in a government owned quarters have been released.

The autopsy report that was conducted today by Johansen Odour the chief Government pathologist revealed that the lady and son died as a result of asphyxiation which basically means suffocation from lack of oxygen.

According to Johansen, the mother and son were likely died due to smothering where a cloth was placed on their noses to prevent entry of oxygen.

The third person a male believed to be in his mid thirties and identified as Kelvin who was found inside the bathroom with both feet and hands tied up together was found to have died from inhalation of carbon IV Oxide and his body was found to have injuries on abdomen and arms as well.

The examination report also showed that the man died a day after the mother and son had died. The bodies of boy and Mother were already decomposed as opposed to that of Kelvin

The third casualty, a male adult only identified as Kevin, who was also found dead in the house died from carbon monoxide poisoning and had some injuries on his arms and abdomen.

We hope the DCI detectives will bring all those involved in the murders to book as soon as possible. 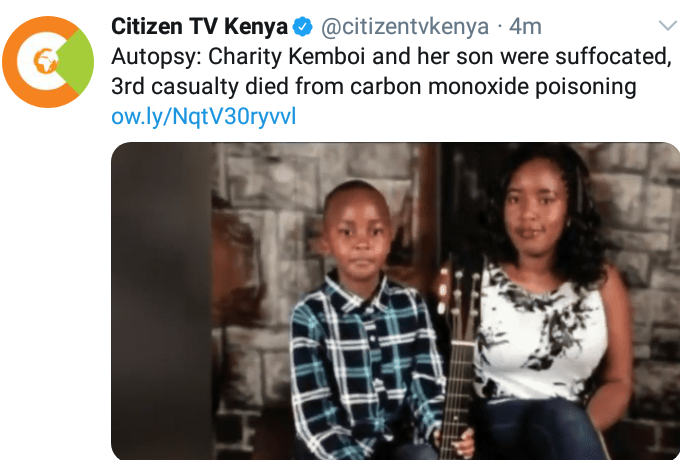