A Former Teacher Defils His Student Infecting Her With HIV/AIDS

By Thenewsdokta (self media writer) | 2 months ago

Police in Kalungu District launched a manhunt for the LCV councillor for allegedly defiling a 14-year-old girl and infecting her with HIV/AIDS. 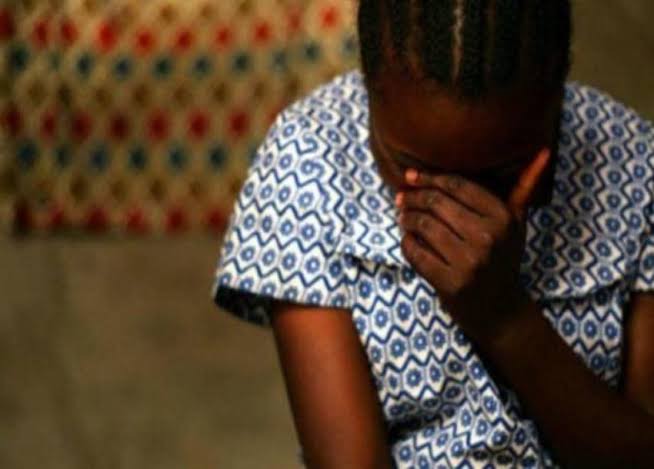 The victim, a resident of Kaliro village, Kaliro parish, in Kalungu rural Sub County alleges that the incident happened when the suspect called her at his house as she was bypassing and he asked her to get him food from her mother's restaurant.

"I was bypassing his house, he called me and asked me to enter in his house and get a container to put food for him from our restaurant, but upon entering he locked the door and put a hanky on my face and I lost consciousness. By the time I woke up, my private parts were hurting and I saw blood on his bed and he warned me never to tell anyone about what had happened or else I die," she narrates.

The victim says the suspect was her P5 teacher at a certain school in Kalungu rural before leaving for another school.

According to her, she always addressed the suspect as "master" because he would always call her and her other siblings to help him with house chores like washing utensils, and mopping among others.

The victim's mother, Ms Stella Nakyejjwe says that she was called by the nurse at a certain health facility to go and see what had happened to her daughter.

"After results came out that she was defiled, we forced her to speak out who defiled her and she said it was the councilor,” she said.

The victim's father, Mr Batesta Ddungu, appealed to the police to arrest the suspect and bring him to book.

The fellow councilors at the district condemned the saying whenever they go, residents accuse them of being bad examples in their communities.

"At first we did not know what people were talking about until we saw a file accusing our member. We decided to follow up on the matter and we landed on the medical reports from Villa Maria hospital which confirm that the girl was defiled. If he is not guilty, why would he go into hiding and switch off his phones," councilors said.

Confirming the incident is the Kalungu Resident District Commissioner, Mr Caleb Tukaikiriza who condemned the act saying the tactics of running away will not help the councilor.

"Kalungu is among the districts that have the high rate of HIV/AIDs infections, the president is fighting hard to see that HIV prevalence rate goes down but it’s unfortunate that men are playing sex with the young ones without wearing condoms, how shall we fight HIV/AIDs when its leaders doing this," he wondered.

The victim is currently undergoing guidance and counseling to help her come to terms with the reality. 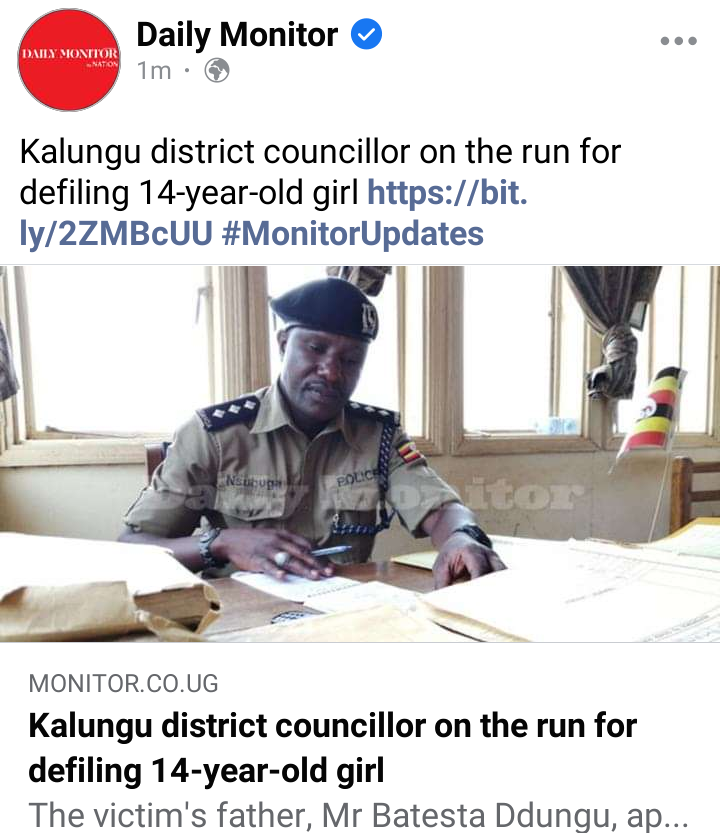