Drama was today witnessed in the streets of Mombasa after a man hunt which was launched by several police officers in the region created a hilarious scene that has never been seen before after several cripples suddenly gained their power to move. 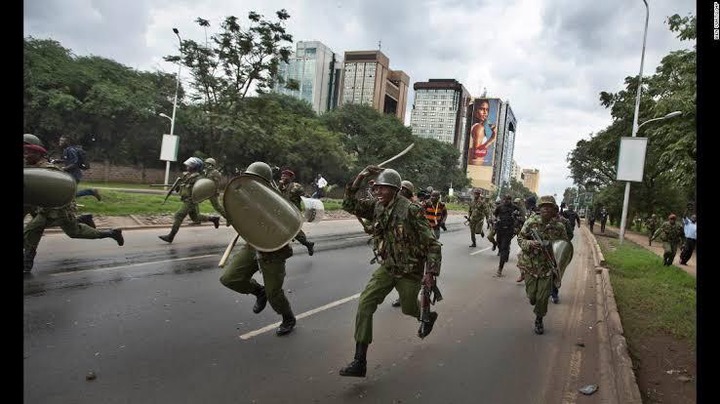 According to the reports given by the police commissioner of Mombasa, they claimed that they decided to do this after they realized that a couple of fake beggars were ruining the streets by posing as needy Kenyans thus ruining the chance of real Kenyans.

Reports have it that in this process, officers from Mombasa were able to arrest over 81 Fake cripples adding that several were lucky enough to escape because according to them, the so called cripples were faster than the police after realizing that they were going to be arrested.

This incident has sparked alot of mixed reactions from Kenyans who seemed to have been confused on why this was happening in Kenya despite the fact that the government was trying by all means to improve the lives of real disabled Kenyans.

With a section of Kenyans claiming that maybe this was because of the current situation where alot of Kenyans were jobless and so were doing everything to survive and eat, others went ahead and called upon the DCIs to arrest them for tainting the lives if real cripples. 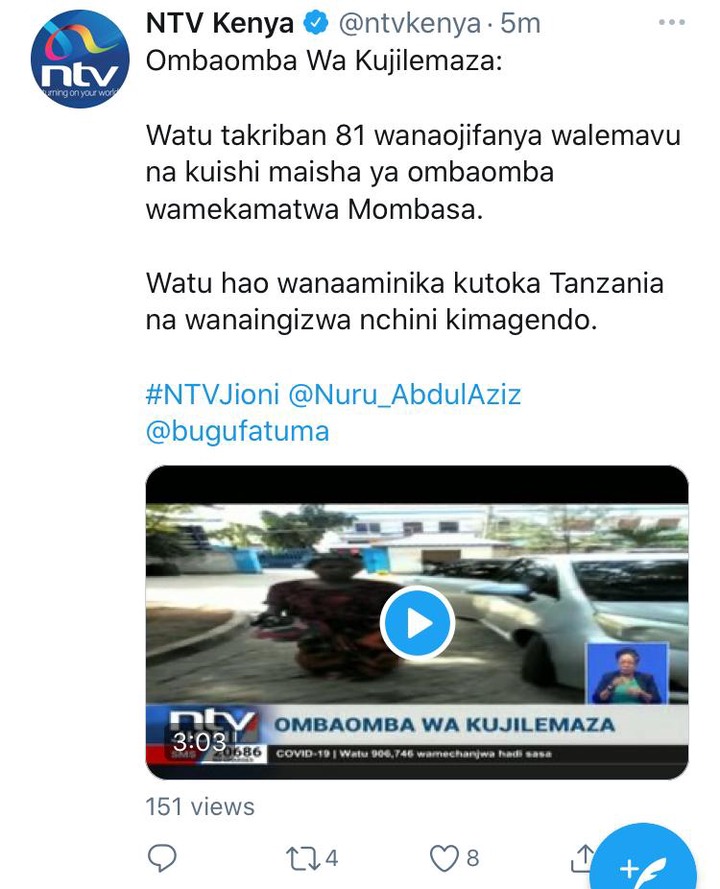 "I don't trust a woman with a phone in her hands near me," Akothee Weighs in Bridgete's Leaked Video

DP Ruto in Disbelief, Forced to Respond to Uhuru in Kikuyu Following His Remarks Over 2022 Elections

The 14 Ugliest Truths About Life