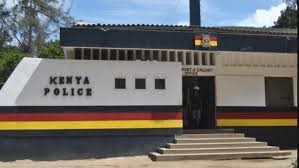 Two days ago, Mutyambai's son was involved in a grisly accident that fatally injured two Boda Boda riders and left a woman fighting for her life at a city hospital.

On Friday night, December 3, it is alleged that Mutyambai's son presented himself to Lang'ata police station, after an accident that left two dead.

David Mwendwa presented himself to the police following claims on social media that cops were covering up the accident to exonerate the IG's son.

However, Nairobi Traffic Police Commander, Joshua Omukata, refuted the coverup claims and maintained that investigations will be conducted without putting into consideration who the suspect's relatives are.

Omukata further stated that medical investigations will also be conducted to establish whether Mwendwa was drunk or not after he allegedly hit and fatally injured two people on Thursday.

He added "We are not investigating the son of who but we are investigating an accident in which we have the driver. It's about the person who has committed the accident not any other person,"

The motorcyclist and his pillion passenger were fatally injured along Nairobi southern bypass in the accident.

Citizen TV reported that the suspect was whisked away from the scene of the accident alongside two female passengers.

Woman Who Chopped Husbands Genitals Have Been Acquited of Murder

Ghastly Scenes As Bodaboda Rider Is Knocked Down To Death, Officer Admitted To Hospital In Nairobi