RIP: Man and His Son Among Three People Killed by Al-Shabaab on Kenyan Soil, More Others Injured 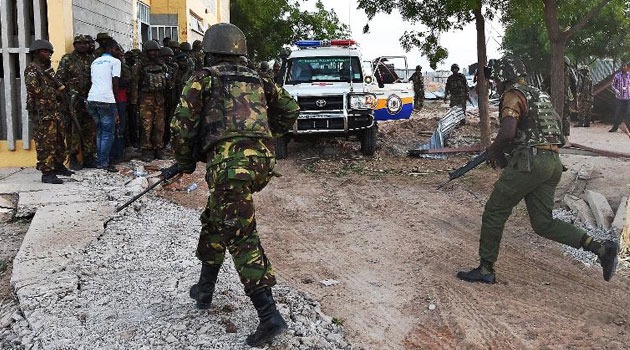 A man and his son are among the three people that have passed away after being attacked by Al-Shabaab militants.

In the first attack, three people travelling from Fino to Mandera town in a private car were ambushed while at Kamor Bahaw and their car was sprayed with bullets.

The car's occupants were 50-year-old Rukia Adan and her 35-year-old son, Abdikadir Kuno and the driver. The youthful man was rushing his mother to the hospital when they were attacked. 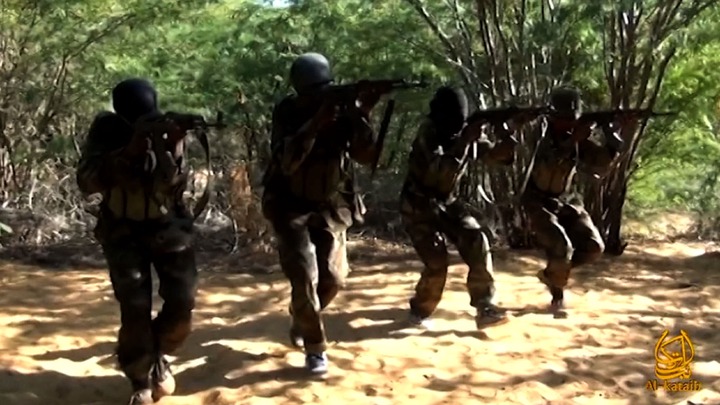 The mother was killed on the spot while Abdikadir Kuno sustained injuries after bullets were lodged into his thighs.

He is currently at Mandera County Referral Hospital in a stable condition while the driver was treated and discharged. His mother's body was moved to the mortuary and later released for burial as per their religion's beliefs.

The second attack as reported by the Standard happened a few hours after the first attack. Militants ambushed a second private car at a place in the outskirt of Fino and sprayed it with bullets, killing a man and his son on the spot. 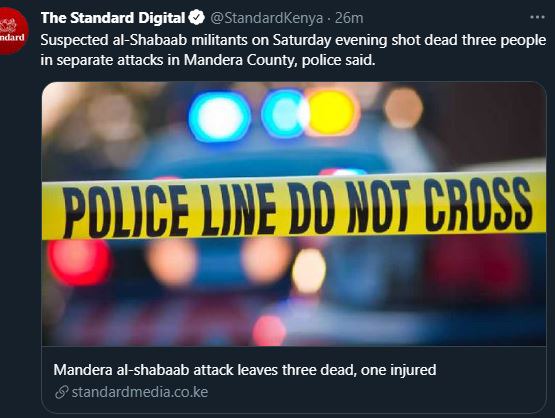 Police confirmed that Moulid Billow and Ahmed Bata (father and son) died on the spot.

Police have since beefed up security as they hunt down the militants who escaped after carrying out the two deadly attacks.

A few months ago, Mandera Governor Ali Roba alleged that Al-Shabaab militants were controlling at least 50 per cent of the county.

He said that they had even started controlling mosques.