According to the reports given by a reliable source of information, it has been revealed that 3 of the 8 police officers who were allegedly shot an killed by Bandits in Turkana have been buried. 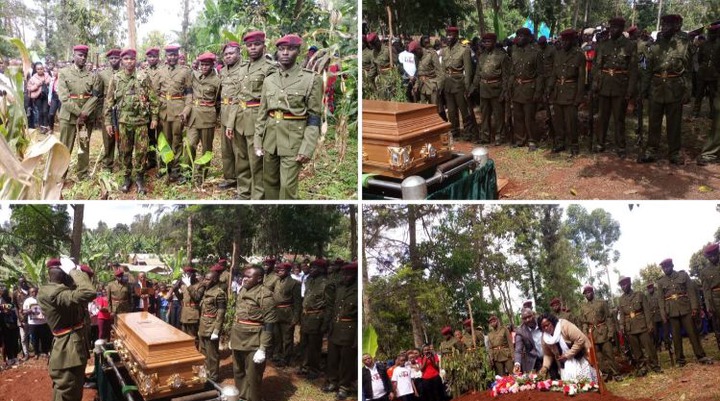 In a news report that has been shared by a reliable source of information, it has been revealed that the deceased were allegedly ambushed by the armed suspects how who opened fire, shot them to death before Fleeing from the crime scene.

According to the reports given by the National Police Service, it has been revealed that the deceased were flown to Nairobi after which they were given back to their familiar.

Expressing his thoughts on the matter, President William Ruto has called upon the National Police Service to put an end to this Drama.

While reacting to their death, kenyans who took to their different social media accounts to express their opinions on the matter have called upon the government to send the Kenya Defense Forces in Turkana.

According to the reports given by most Kenyans, they claimed that it is so unfortunate that the government keeps on sending Police officers despite the fact that the same police officers are being killed by these Bandits. 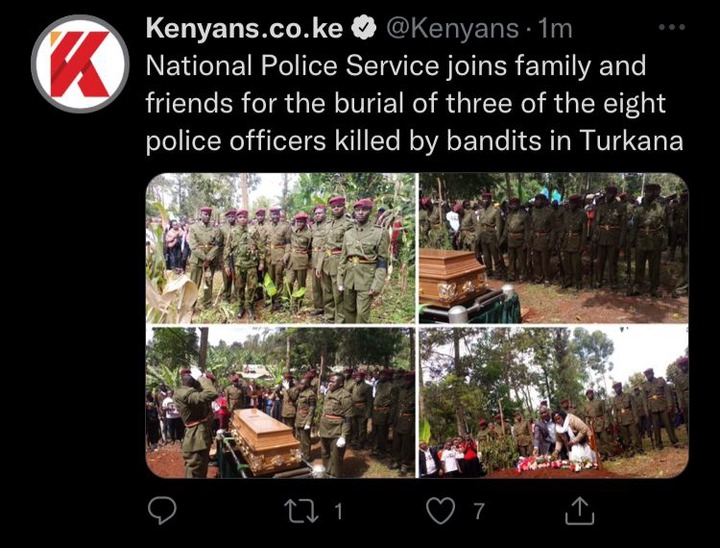