Police at a past crime scene

A form two boy has reportedly hacked his father to death.

According to viral reports, the form two boy in Namirembe village, Bungoma County is said to have sneaked his girlfriend into their home, and when his father confronted him over the matter, a fight between the two broke out.

The student then hacked his father to death using a knife

"Form 2 student who sneaked his girlfriend into their home in Namirembe village, Bungoma County hacks father to death following a confrontation," the source reported. 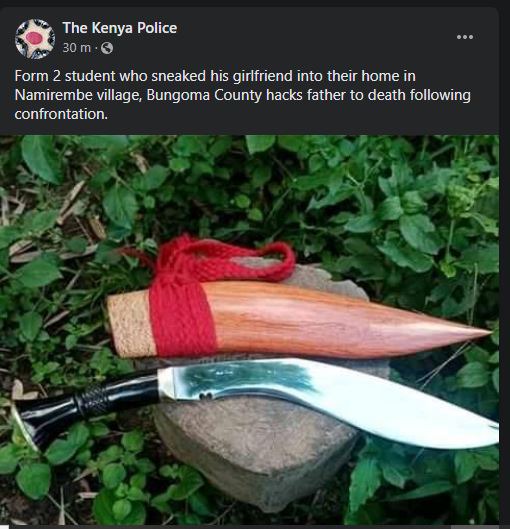 In recent days, specifically since reopening of schools after a long COVID-19 break. several indiscipline cases among students have been reported in many schools across the country, particularly in the Western region of the country.

Several students are facing cases in courts after they were linked to several cases, including murder and attempted murder.

Other students were arrested after attacking teachers, while others killed a watchman.