The director of public prosecution, Noordin Hajji has confirmed the arrest of 10 suspects who were allegedly arrested in Nandi after several ballot papers Reportedly went missing under unclear circumstances.

In a news report that has been shared by the director of public prosecution, it has been revealed that the suspects who were arrested and taken to the police station for more investigation and questioning over the same incident were involved in the incident where several ballot papers went missing.

According to the reports given by the director of public prosecution, it has been revealed that the missing papers which were to be used in voting for different politicians in the region went missing a day before the elections could be held and for this reason, the director of public prosecution has revealed that the suspects have already been arrested.

This is happening at the same time when the IEBC Chairman Wafula Chebukati has called upon kenyans to make sure they stay vigilant claiming that Alot of bloggers are currently sharing fake news.

Chebukati who spoke on national television has called upon kenyans to make sure they remain calm claiming that the IEBC is going to give its final results.

While reacting to this incident, kenyans who took to their different social media accounts to express their opinions and suggestions on the matter have called upon the director of pub lic prosecution, Noordin Hajji to conduct an investigation in order to find out who ordered them to do so.

According to the reports given by most Kenyans, they claimed that it was so unfortunate that the government is yet to do something about these rogue suspects. 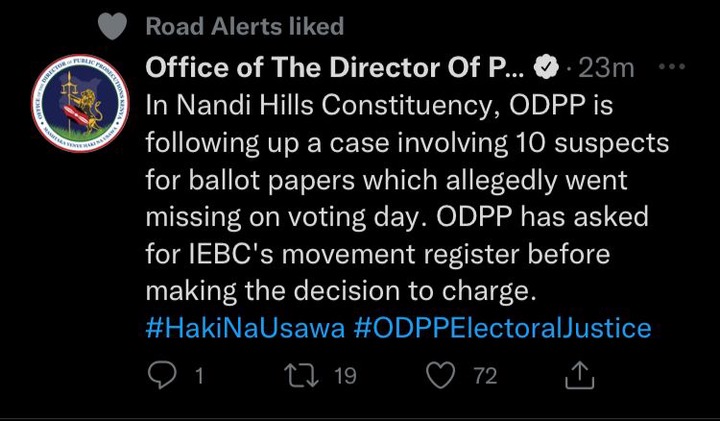