A deadly afternoon accident has left an unknown number of people injured after a public service vehicle collided with a Lorry along Nairobi-Naivasha highway. 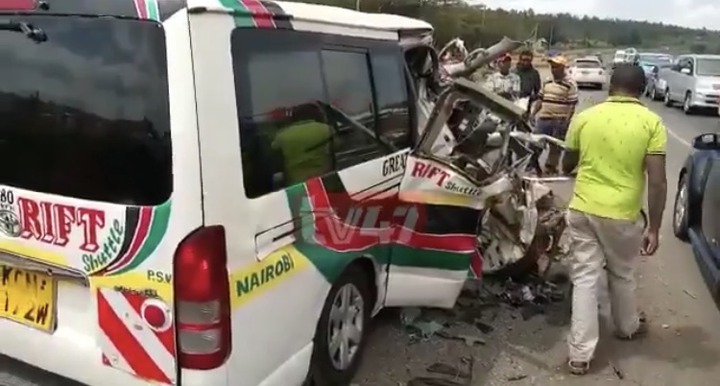 In a report which has been given by TV47, it has been reported that the driver of the Lorry was trying to overtake a vehicle that was in front of it and in so doing, the Lorry collided with the PSV that was coming from the opposite direction.

Luckily, reports have it that no death has been reported except for the six passengers who were rushed to the hospital nursing severe injuries after the impact between the two vehicles.

Speaking to Tv47 reporter, one of the survivors claimed that traffic police officers should be blamed on the accident adding that they tried to talk their driver out of overspeeding and even passed several officers who didn’t notice.

The accident has sparked a lot of reactions from Kenyans who called upon the government to adjust the state of infrastructure which they claimed is also a major cause of accidents. 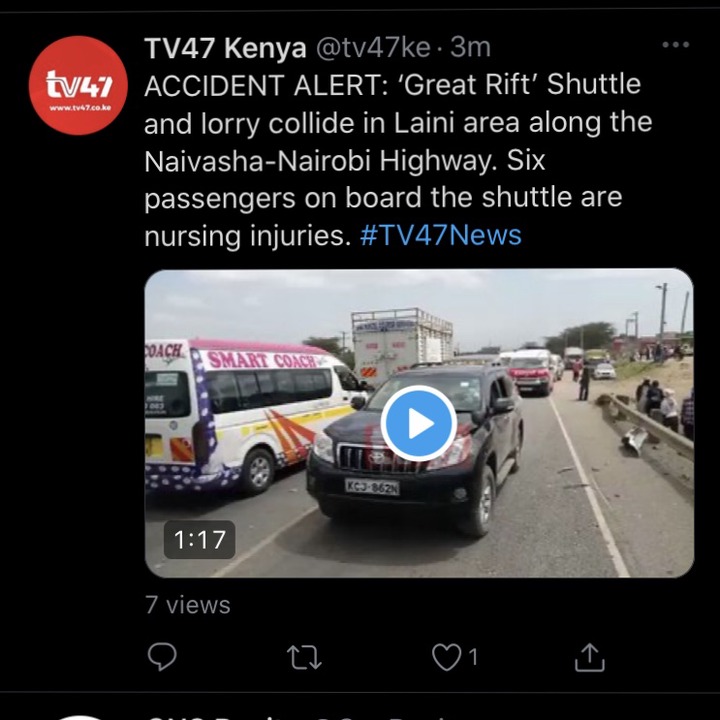