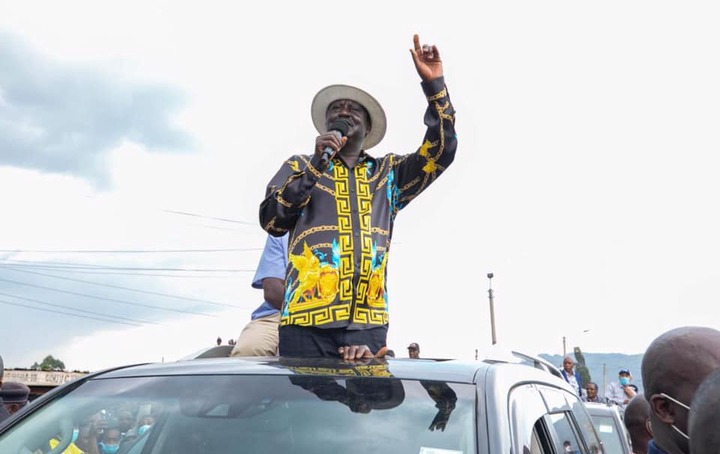 A massive crowd welcomed ODM leader Raila Odinga as his security detail was given a hard time during his visit at Maua, Meru County.

Some of the residents however were dancing in front of the police car forcing the driver to stop briefly before the bodyguards who were on foot rushed in to push them out of the way.

At one point, one man was dancing too close to the police vehicle and one of the bodyguards used force to push him before going to the driver’s side. 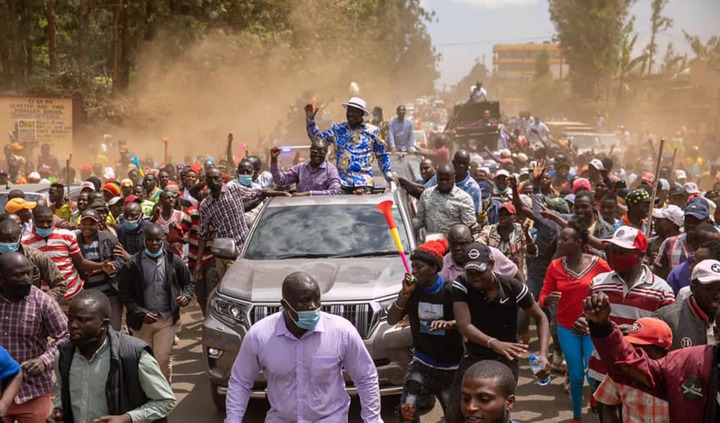 The bodyguard started to direct the driver of the police car on where he should go while screaming at him to move faster.

Other frustrated bodyguards also started shouting at the driver to move faster as residents continued dancing in front of the vehicle forcing him to stop briefly.

The police vehicle moved a few metres before the bodyguards told him to stop and as Raila’s motorcade was slowing down, one bodyguard almost fell after he was sandwiched between two vehicles when one of the vehicles was trying to overtake the other.

The motorcade however started moving again but stopped after a few minutes as the former Prime Minister took the microphone to address the crowd.

Here is the video of Raila’s arrival in Meru. 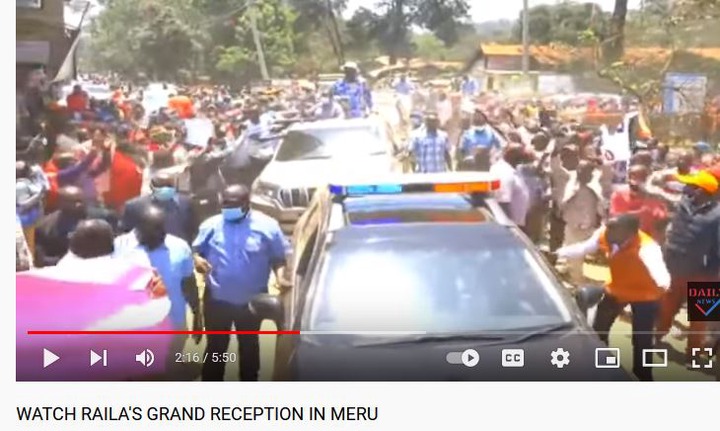 Harmful Foods And Drinks You Should Avoid During Pregnancy

The Loss Of Smell With The COVID-19 Virus