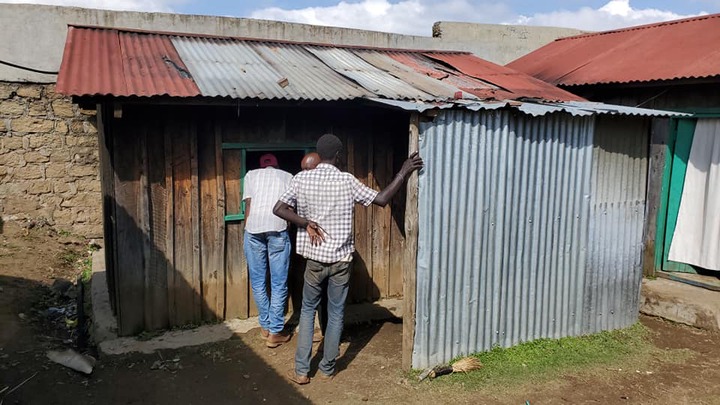 A bodaboda rider from the Cereals area in Kabarnet town has allegedly committed suicide due to marriage issues.

Sources from the region have said the man is said to have locked himself inside the house and set the house on fire on Monday, 6 November 2021, at around 11 pm.

It is alleged that the man committed suicide after he was dumped by his wife and left alone at their matrimonial home. 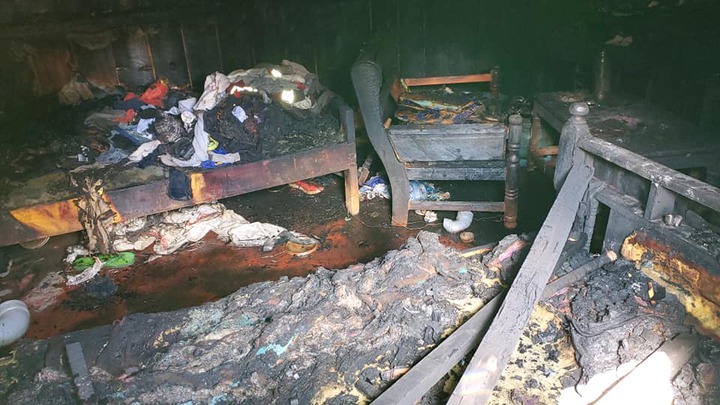 Baringo News has said the area Chief Stephen Chepyegon has confirmed the incident.

This shocking death of the rider is being confirmed at the time when two other boda boda riders were killed today morning.

The riders based in Kiambu County were shot dead by a police constable who started the killing spree by shooting his wife. 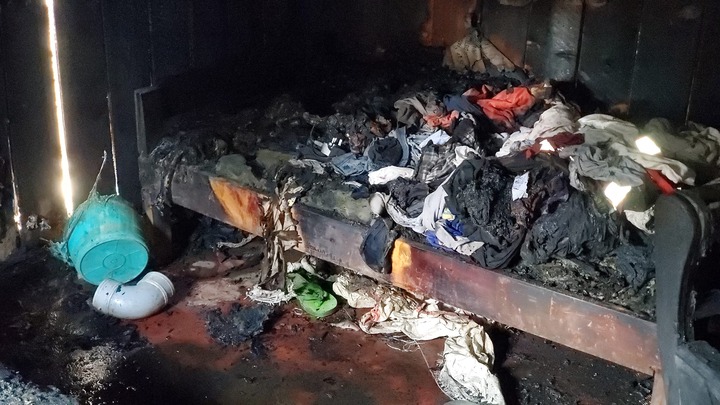 According to the police report by DCI, Benson Imbasi later committed suicide after had killed at least six people.

"Six people have been confirmed dead and two others are in critical condition after a police officer went on a killing spree early this morning in Kabete, Kiambu county," DCI confirmed 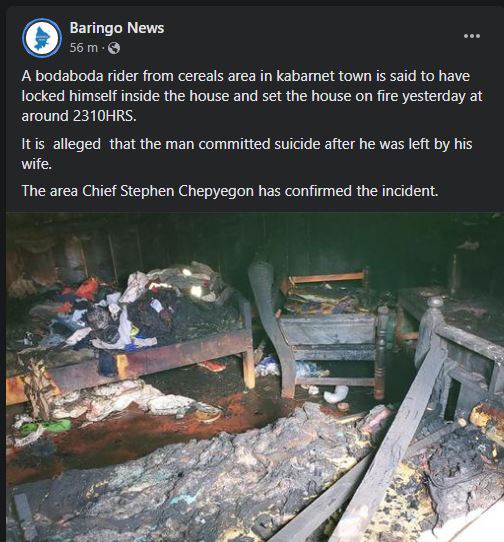 Sombre Mood As Mother Kills Her Children And Commit Suicide

'Drama as Worshipers Escort Priest to Church to lead them in prayers, weeks after he was sacked

Uhuru Was Right, Manyora Affirms, Names Two Leaders Who Will Give DP Ruto a Lifeline Against Raila

Twists As a Raila Ally 2nd Term Governor Changes Heart, Opts to Vie For MP's Seat As He Gets Teased