Nairobi: Six People Die In A Road Accident After A Head-on-Collision Between a Lorry and A Small Car In Kamakis

By ouchoh (self meida writer) | 1 months 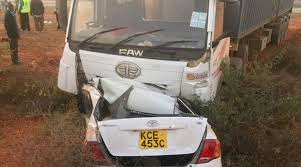 Six people died in a road accident after a lorry sliced a small car into pieces in Kamakis, Nairobi County.

Eastern Bypass traffic police identified only as Samoh said the accident happened at around 8am.

According to the officer, the Tuesday morning incident involved a lorry and saloon car.

He said the lorry was ferrying timber to Lang'ata and the Nissan was heading to Nairobi town before the accident happened. 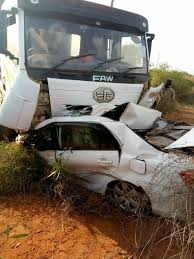 He added that saloon car had six people onboard all of whom perished on the spot.

"The accident involved a lorry and a white saloon car of registration number plate KCJ 134C. The lorry was ferying timber to Lang'ata while the saloon car, had six people onboard and was moving towards Nairobi town. The six occupants from the car died on the spot. It is sad," Samoh said.

When asked by the press the cause of the Tuesday morning incident, he said that it was due the driver of the car negligence. 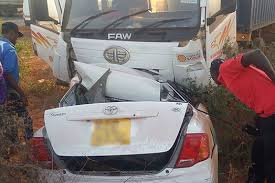 Samoh said that the driver of the car was overspeeding and was attempting to overtake a shuttle infront and swerved sharply before the lorry that was oncoming sliced it into pieces.

The bodies of the six people were moved to Chiromo hospital morgue pending identification and further police investigations.

The two motorvehicle wreckages are still intact on the tarmac. 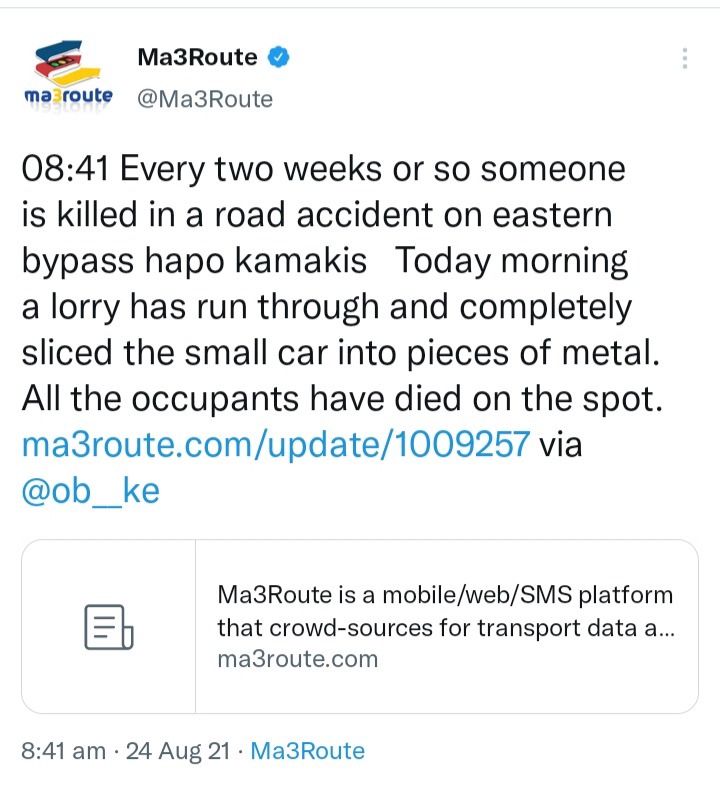 A Chinese Bus Technology That Took The World By Storm But Was Later Abandoned (Photos).

Morning Messages; Sad News To All Kenyans After Worrying Details Emerges About Vaccinations

The worlds Top Five Tallest Trees and Where they are found

After a While of Endorsing Peter Kenneth, Mt Kenya Tycoons Now Identify a Lady as Next DP