By dukee (self meida writer) | 1 months

Police officers from Mwingi police station Mwingi central sub-county Kitui county, have reported in murder case after a prison warden officer shot dead his wife and their 1 year old son. The incident was reported on 18th May 2021 as per the OB number.

The incident was reported by the one of the sergeant known as Benard Mutisya the deputy officer at Waita GK Prisons.

The duty officer in the prisons also heard the gun shots and rushed to the area of the incident only to find that Mutisya had shot his wife and their son.

The suspect police officer wanted to who wanted to escape from the area of the scene was arrested by his fellow cops.The police officers collected G3 rifle loaded with a magazine of 11 rounds and kept it as an exhibit.The two bodies were moved to level IV hospital mortuary waiting for autopsy to be conducted.

The suspect is held in custody as he awaits to be arraigned in court to answer to the alleged charges. 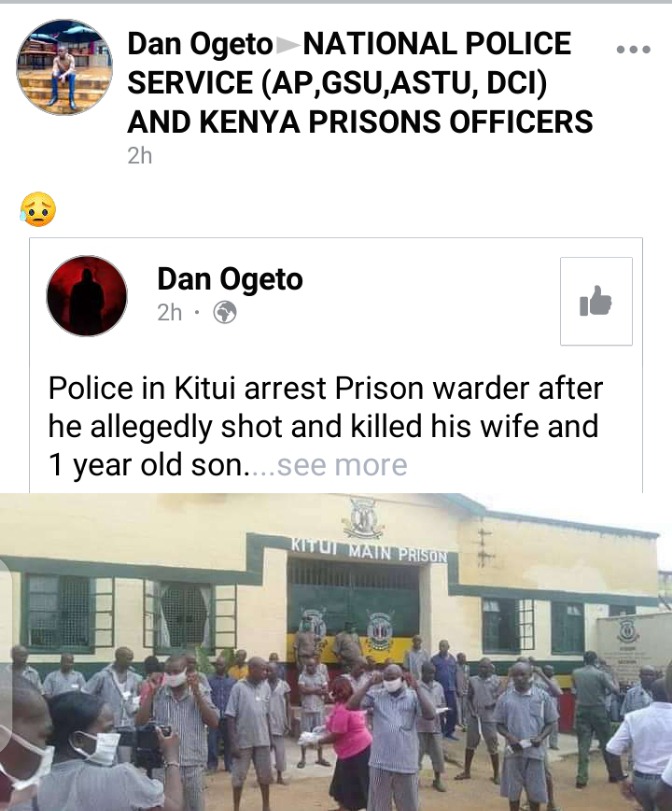 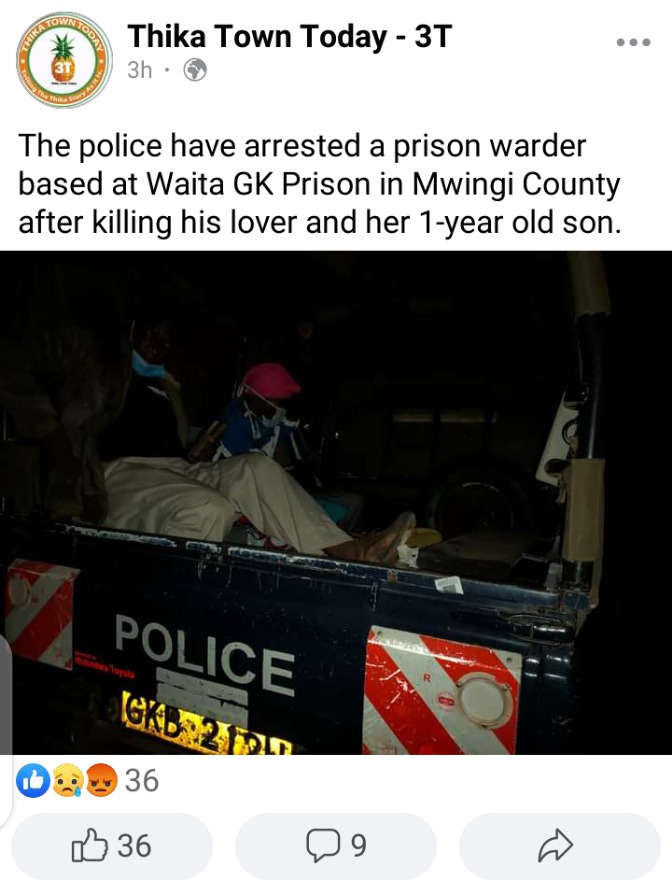 "Hii Ndio Ujanja", Sonko Exposes The Trick Being Used By Con Women, Warns Nairobians Not To Do This

"Somebody Stole My iPad", Confusion As President's iPad Is Stolen Shortly Before His Address [Video]

Run For Your Life If You Enter A Matatu In Nairobi And Find A Lady 'Sleeping,' Sonko Warns Residents