By Mary-Muguro (self meida writer) | 13 days 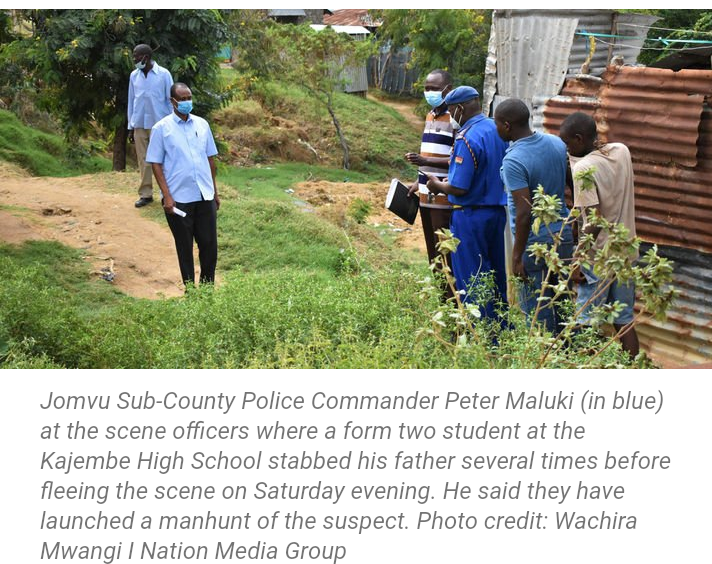 Security agents in Mombasa County have launched a manhunt for a 17-year-old boy believed to be behind the fatal stabbing and death of his 52-year-old father in the Runyu area of Mikindani, Mombasa County.

It is reported that the minor had intervened after a domestic squabble between the deceased and his wife on Saturday evening. The boy went into hiding after getting information that his father was no more.

According to a neighbour, Ms Mary Mukudi, the deceased is said to have been seen with a lover, leading to a confrontation with his wife.

"I came to later hear that Mr Silas Nyayo was dead after his son stabbed him on the face and shoulder several times. It is unfortunate that things turned out to be ugly, " Ms Mukudi said.

Ms Florence Akinyi, who woman who said to be the deceased’s lover, told Nation.Africa that they had a relationship in the past but that their affair ended two years ago.

"We were no longer together. He met my child playing outside and he carried her to the shop nearby. He bought her a packet of milk and a snack and that is when he encountered his wife," Ms Akinyi said.

Ms Akinyi now says that she fears for her life and that of her child now that the teen suspect is on the run.

The couple is reported to have had an argument before the deceased slapped the wife. The suspect is said to come in to defend his mother with two knives and stabbed the father before fleeing. 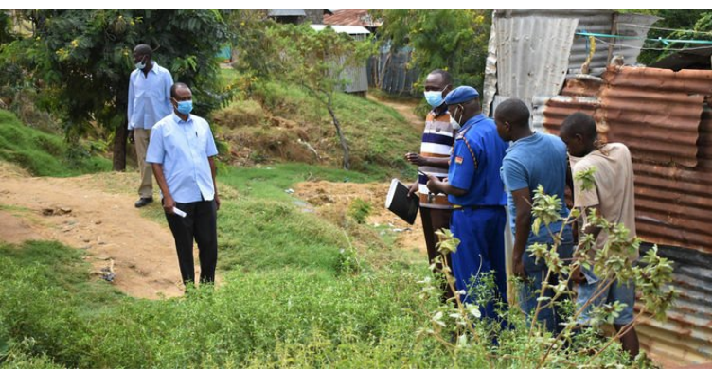 Police say they are still pursuing leads on the minor who was home for mid-term break.

"We are yet to get details of the boy from the school administration. We will get these once the schools resume tomorrow," Mr Maluki said.

The body of the deceased is at Coast General Teaching and Referral Hospital mortuary.