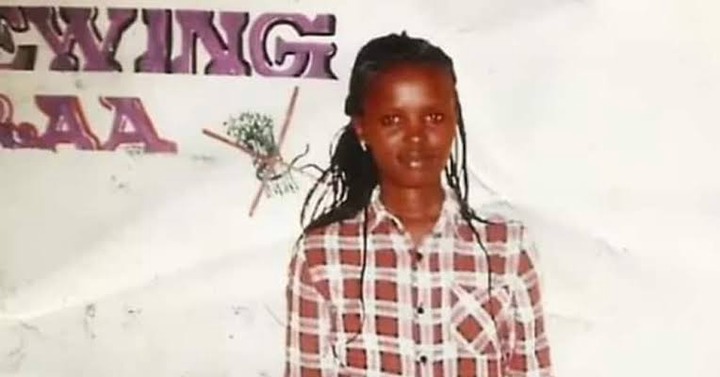 Rose Wanyua Wanjiku is a sister to Agnes Wanjiru Wanjiku who was murdered by Batuk soldiers in a Nanyuki hotel. Rose Wanyua recounts how she was feeling paranoid on the night her sister died as she says that she had a premonition that something was wrong.

Rose recounts how Wanjiru had requested her to babysit her (Wanjiru's) five-month old daughter. Rose says she beseeched her sister, Agnes, not to go out that night but her plea fell on deaf ears as she says Agnes Wanjiru was desperate to go out on the night she died.

Agnes Wanjiru Wanjiku, who died at her 21 on March 31, 2012 and whose grave is at Kabiru, Nanyuki cemetery near Nanyuki High School is said to have told her two friends Florence Nyaguthii Mugo and Susan Nyambura Wanjiru that she would be going out to nick some cash from Batuk soldiers.

Nyaguthii recounts how they grew up together with Agnes Wanjiru at Nanyuki's Majengo slum. She says that Wanjiru was not a prostitute but she was just a girl who thought of playing "kukula fare" game.

Susan reveals that they schooled together with Wanjiru in primary school but Wanjiru was lucky to proceed to Gakawa Secondary School, a day school. On weekends the three friends Susan, Florence and Wanjiru used to attend raves at the local clubs. However, Florence says that on the night of 31st March, 2012 (was on a Saturday) it was Wanjiru who suggested that they go out at night.

The motorbike operator who ferried them to the club recounts how Wanjiru got into a friendly conversation with two Batuk soldiers at Lions Court inn. When it got midnight, Flora and Susan left on the motorbike leaving Wanjiru boozing while sandwiched between the two soldiers. However, Wanjiru's playful night of adventure turned out tragic and was later found dead. 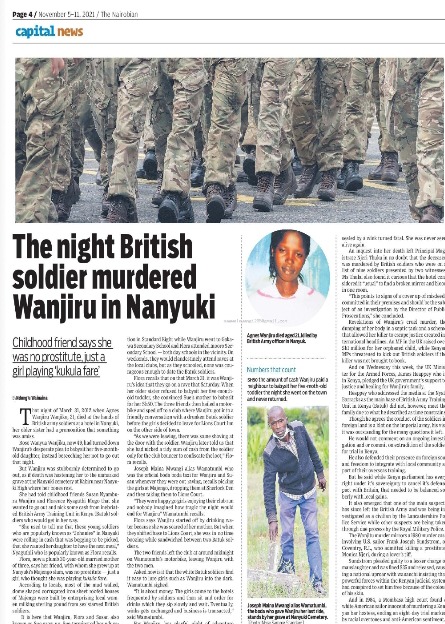 No More Secrets As Isaac Mwaura Breaks Lose, Alleges Why Raila's Party Has Been Attacking Him

Hassan Joho Opens Up, Reveals Details Of What DP Ruto Is Currently Planning To Do (VIDEO)