National Transport and Safety Authority (NTSA) has reportedly nabbed the 2 conductors and the driver that were captured hanging recklessly on a busy road. According to information shared earlier by concerned members of the public, the Matatu belongs to Ummoiner Sacco with registration number KDH 112E.

The name of the matatu was identified to be 'Opposite' and one of the conductor with dreads was successfully identified and his name is Katana. Before the arrests were made, a viral video was shared on social media whereby the two conductors were seen performing dangerous stunts while the matatu was over speeding.

One conductor could be seen lifting his legs and placing them on another matatu on their left hand side. The other conductor was captured performing some stunts which are very dangerous. 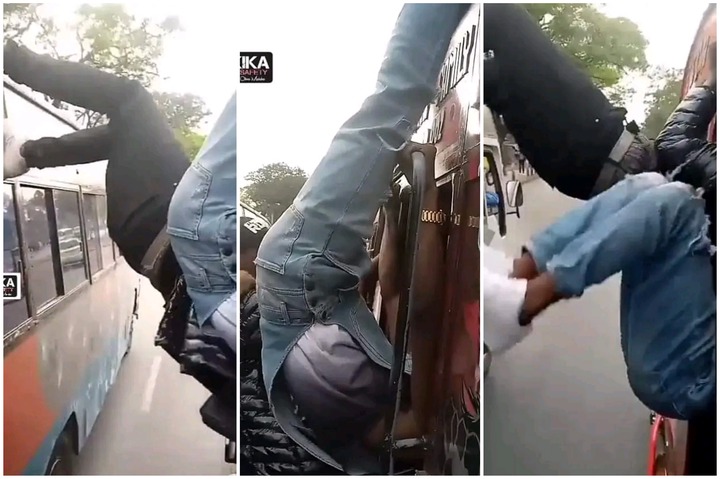 NTSA has now revealed through a statement that the 3 will be charged as per the Kenyan Constitution. Members of the public have been urged to be very vigilant while on the road and report such cases to relevant authorities. They also thanked the public for informing them about the incident adding that serious actions will be taken against the 3 people.

JUST IN: A Delegation From Morocco Arrives in Lamu Port, Details of their Visit Revealed

Good News To Unemployed Teachers As TSC Does The Following