Why Masten Wanjala's Father Has Refused To Bury Him

By Chrysten (self media writer) | 6 months ago 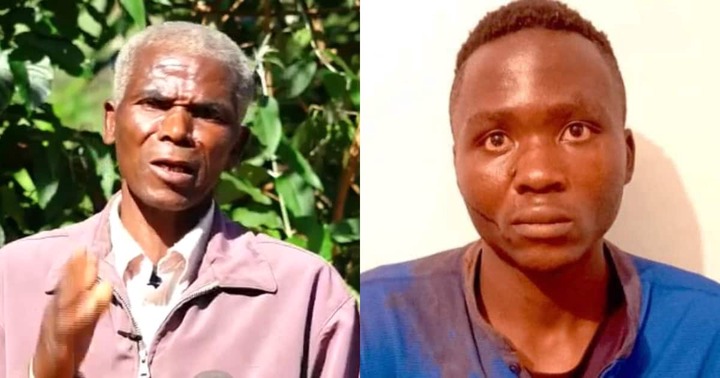 Robert Wanjala the father to Masten Wanjala, the self-confessed children serial killer, has revealed that he will not burry his son.

Robert told KTN News on Tuesday night that he has so many questions that are yet to be answered, and until all his questions are answered, then Masten will not be buried. One of the major questions Robert has is how Masten was able to escape from police custody to his village in Bungoma where he was lynched by an angry mob. Masten was in Jogoo Road police station when he went missing on October 13th, the day he was required to appear before Makadara Law courts and answer to the case of killing approximately 13 children.

Furthermore, Robert Wanjala now says that he will only agree to bury Masten if the government agrees to foot the cost of Masten’s burial including the bills for Bukusu rituals that must be performed before Masten is laid to rest.

Masten died on October 15th after he had escaped from Jogoo Road Police station. Students going to school identified him on that fateful day and owing to the crimes he had committed, the mob could not hold their rage and resorted to killing him then and there, he tried to run for his life, but it was all in vain.

His father says that, one month later, he is yet to identify Masten’s body which is lying at the Bungoma Referral Hospital morgue, the family has refused to collect it for burial.

"Side chicks With Cars Used To Pick Him At Our Home At Night As I Watch;Famous Musicians Tells