By PrimeUpdatez (self meida writer) | 24 days 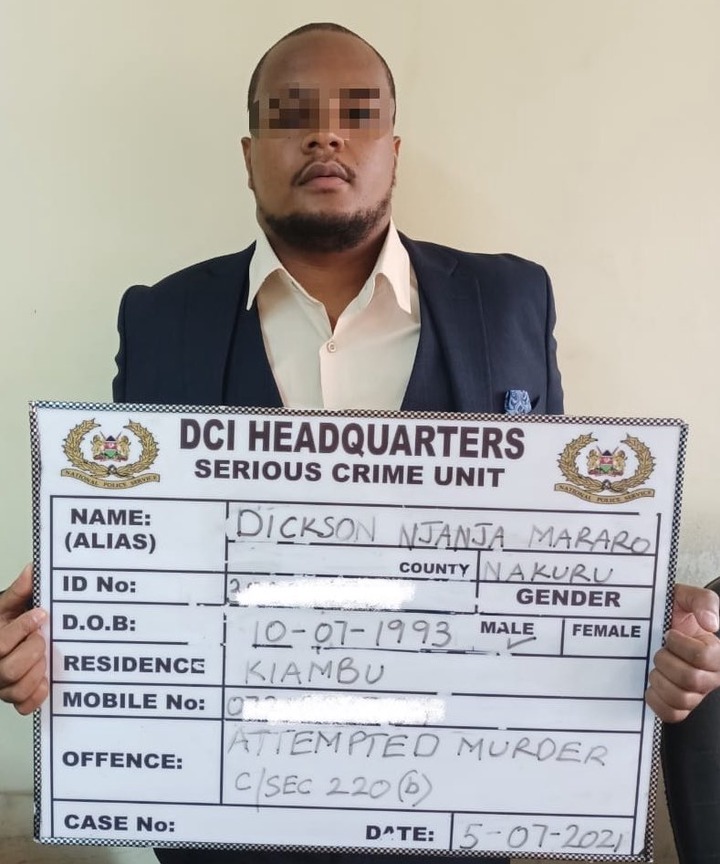 Sleuths from DCI investigating the shooting of two police officers and a woman at Quiver's lounge along Thika road has finally been nabbed.

According to reports released by police they arrested the prime suspect identified as Dickson Njanja Mararo was arrested on Monday evening after being on the run for the last three days.

Mararo is expected to be charged with charges of attempted murder after he shot Sgt Musyoka, a DCI officer in Starehe, Nairobi, and Muturi, a regular police officer attached to Kasarani post were shot while having fun at Quivers Lounge on Thika Road where they were accompanied by a lady identified as Nzisa.

Earlier before details released indicated that Muturi and Musyoka had shot at each other as they were fighting for Nzisa at the club. Musyoka who was shot in the hand by Muturi in retaliation shot him in the neck with the bullet going through his neck finding Nzisa and shooting her in the stomach. 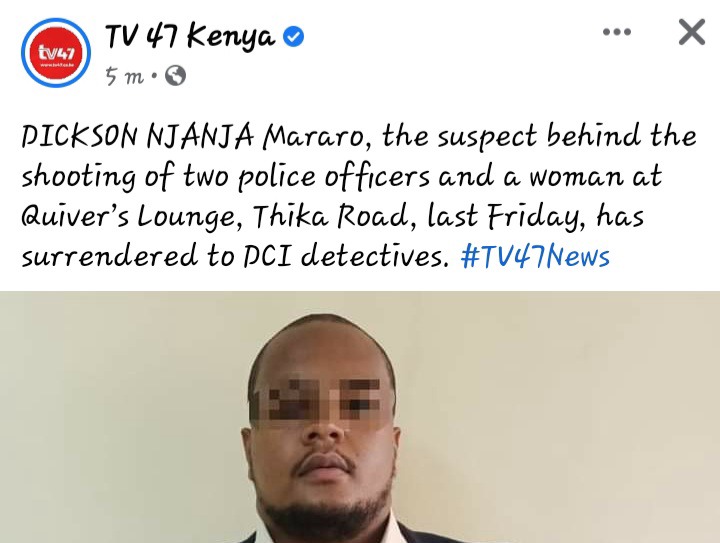 However, police later found out that a third party was involved in the shooting leading to a series of investigation in such of the unknown assailant who went into hiding after committing the heinous crime.

Kumbe, This Is The Total Salary Kangogo Used To Receive, Other Kenya Police Salaries Disclosed

Causes Of Depression Among Police In Kenya, As Depressed Police Officer Vows To Murder His Lover

Policeman Sentenced For 20 years After He Did This