By Purity_bellah (self media writer) | 3 months ago 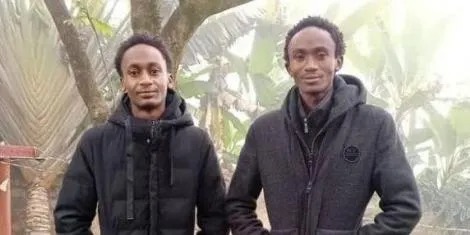 Inspector-General of Police Hilary Mutyambai provided an update on the Kianjokoma brothers case, in which two brothers, Benson Njiru and Emmanuel Mutura, died mysteriously after being apprehended by police officers.

Mutyambai stated on the #EngagetheIG Forum that all officers involved in the deaths of the two brothers had been suspended with immediate effect to allow for prosecution.

Furthermore, he stated that the Independent Policing Oversight Authority (IPOA) had completed its investigations and had forwarded the file to the Office of the Directorate of Public Prosecutions (ODPP).

He reassured Kenyans that the problem would be resolved and the perpetrators would be prosecuted.

"I assure you that justice will be served for the Kianjokoma brothers," he said, "but only if we allow proper due process to take place with concrete evidence that can stand a trial in a court of justice."

IG Mutyambai, together with Interior CS Fred Matiang'i and Attorney General Kihara Kariuki, recently visited the Kianjokoma brothers' family and assured them that justice would be served.

"I was briefed on the case and am currently reviewing the report. I don't want to say what we'll do because I don't want to foreshadow, but we'll follow the law."I promised the father that we would do everything we could to get justice and to follow the recommendations of the report," Matiang'i said.

The case involving the two brothers' deaths has sparked debate among many who have questioned how the two died at the hands of police officers. Njiru and Mutura had both been arrested for violating curfew hours.

In their defense, the police claimed that the two could have jumped out of a police vehicle at the time, claims that the Kianjokoma brothers' family refuted.

"We believe the truth will be revealed soon." As a family, we are pleading with the government to conduct investigations and bring the perpetrators to justice so that our late children can be remembered", Felix Nthiga, the brother's Auncle refuted