By Hotnews (self media writer) | 1 year ago

Buruburu is a housing estate within Nairobi City County in Kenya. Buruburu is a vast development inhabited by lower middle-class people. The estate was designed in 1974 and comprises five phases. 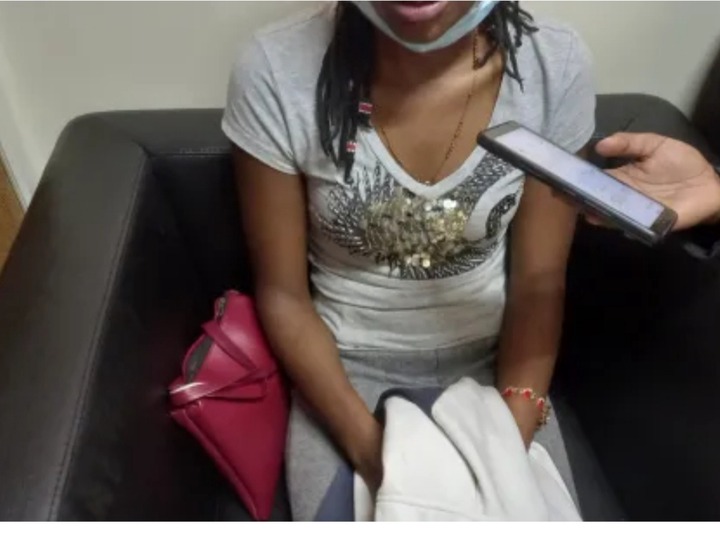 Ghetto radio disclosed a very strange incident where a 23 year old lady talked about a painful ordeal of how a gang of nine men in Nairobi’s Buruburu area [email protected] her.The victim is identified as Winfred Awino, she says that as if that was not enough, the gang further inserted a broken bottle inside her private parts.

Awino who comes from Utawala area sys that she was on her daily hustle in Buruburu area on the fateful day when the gang of nine men kidnapped her and took her to an undisclosed place and dId this criminal act, reporting to Ghetto radio, she says that she was just standing next to a gate hoping the owner of the house would come out and give her a cleaning job. It was at this point that she was accosted by close to nine men who whisked her away and [email protected] her in a bush. 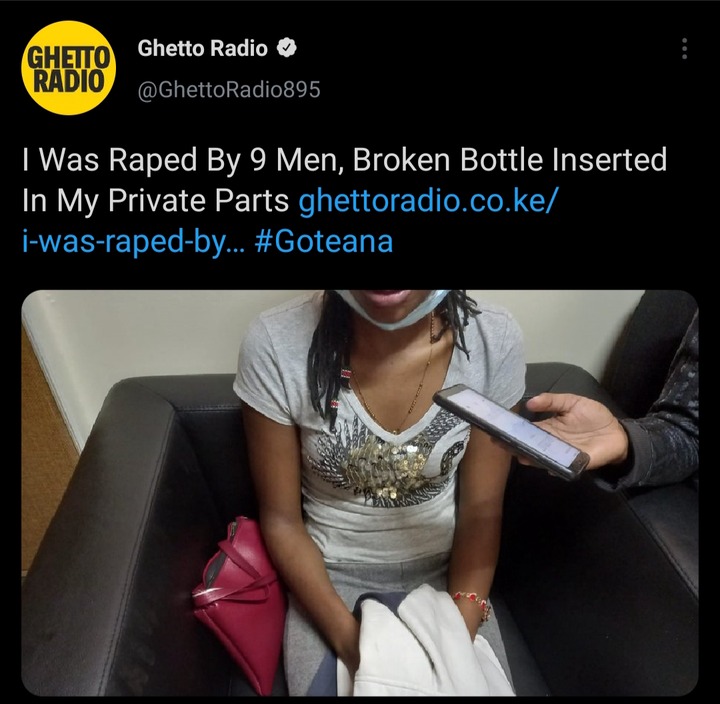 Winfred Awino said, ‘‘They confronted me toed me and I immediately became unconscious, I later regained consciousness when in the bush bleeding, they then inserted a broken bottle in my private parts before pushing my head inside a pool of water repeatedly,’’

Awino added that the nine men gang then dumped her on the road and disappeared.‘‘The next day I found myself at Mama Lucy Hospital a doctor approached and revealed to me that I was raped and was brought in by a good Samaritan who later left,’’ She said these, when she was talking to Ghetto Radio digital media.

To make the matter worse, Awino lost her mother after she received these shocking news about her daughter , the police are now determined to arrest these nine men as the investigation had aalready been launched.