Man Invites 2 Women he Met in a Nightclub to Satisfy him in Bed, but this Happened and he Regrets

A lady was charged with stealing according to section 268 (1) as read with section 275 of the penal code after reportedly stupefying a man's drink inside his home and taking his laptop and cell phone.

Ms. Jackline Moraa was accused of robbing Michael Otieno Odhiambo on 3rd November 2022, at Donholm estate in the Kamukunji sub-county within Nairobi county; she stole an Apple MacBook Pro laptop valued at Ksh160, 000 and a mobile phone valued at Ksh23, 000.

The theft of Sh121,475 from Mr. Odhiambo's Kenya Commercial Bank (KCB) account was another accusation against Ms. Moraa. In addition to the theft of the goods and the money from Mr. Odhiambo, the accused is accused of conspiring in violation of Section 393 of the Penal Code.

Her sidekick similar offenses have been brought against Ms. Beatrice Adhiambo. Mr. Odhiambo picked up the two women on his way home from a bar in Umoja, and at around two in the morning, they were driven by a bodaboda driver to his house. When the two women arrived, he asked a rider to buy and carry alcohol to his house.

He ordered another beer after noticing that the two women were speaking in private while he was drinking it. After they left, he fell into an unconscious state. His phone and laptop were missing when he opened his eyes. He attempted to take money from the neighboring ATM but could not complete the transaction.

When he arrived at the KCB branch on Jogoo Road, he was informed that his account had been suspended because of suspicious activity. Additionally, Mr. Odhiambo found that Sh121, 000 had been taken out using mobile banking and reported the incident to the police.

The suspect was located and taken into custody. Appearing before Mary Njagi, the Senior Principal Magistrate in Makadara Law Courts, she refuted the accusations. She was freed on a Ksh200,000 bond with a Ksh200,000 surety and a Ksh200,000 cash bail as an alternative. In addition to posting a financial bind, the suspect must provide a contact person who can attest to the accused's appearance in court for the trial. On February 2, 2023, the case will be brought up to be combined with Ms. Odhiambo's, who had already been charged. 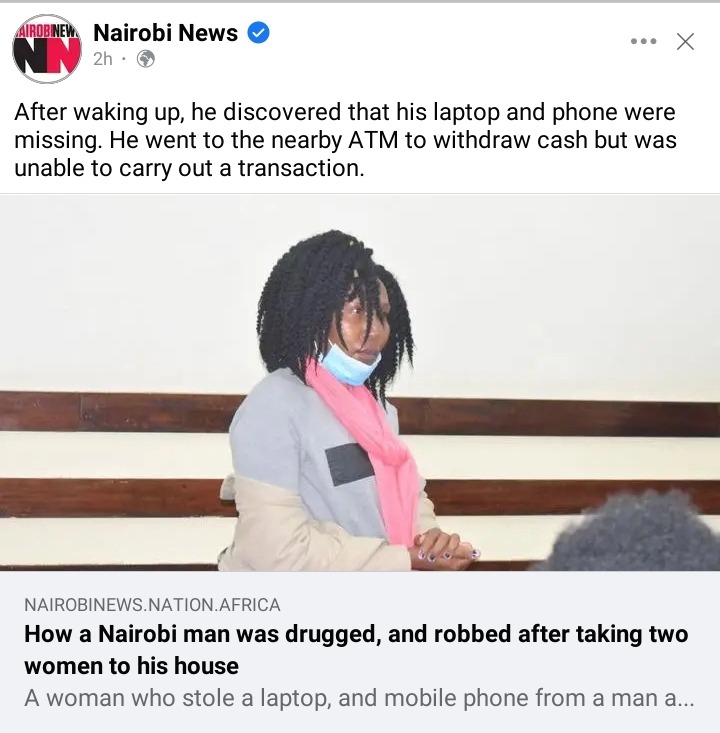 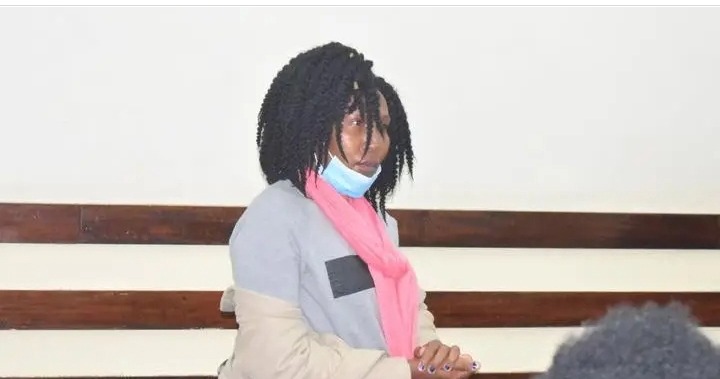