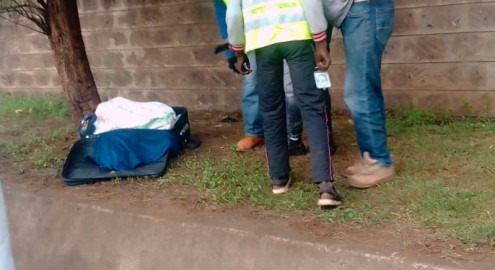 A body of lady hacked to death stashed in suitcase dumped near GSU Recce squad camp.

Police are now probing the circumstances under which the lady whose body was Monday evening discovered dumped near the GSU Recce squad camp at Kimbo area in Ruiru, Kiambu County met her death.

Juja Sub-county Police Commander Dorothy Migarusha told the press that the deceased was hacked to death.

The lifeless body of the youthful said to be in her 20s was stashed in a suitcase plus her hands tied with a rope.

Brief reports by the police revealed that the lifeless body had a written text believed to be written by her murderers "bwana ya mtu ni sumu". 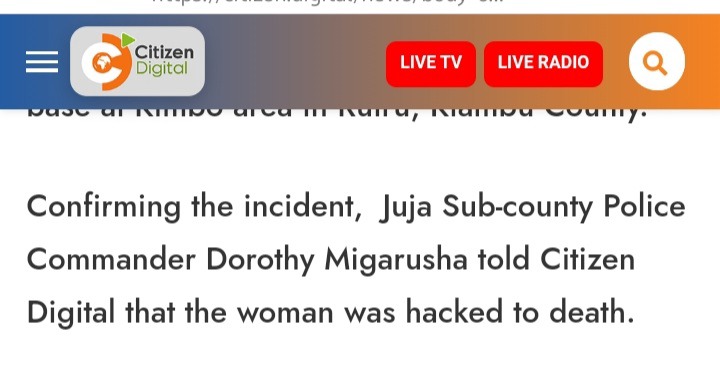 The sub-county police boss noted that the lady is believed to have been murdered somewhere and the body transferred and deserted near the perimeter fence of the highly manned GSU Recce squad camp.

According to residents, the body was found at around 5.30pm by members of the public who called the police.

The body has been moved to City Mortuary as probes goes on. 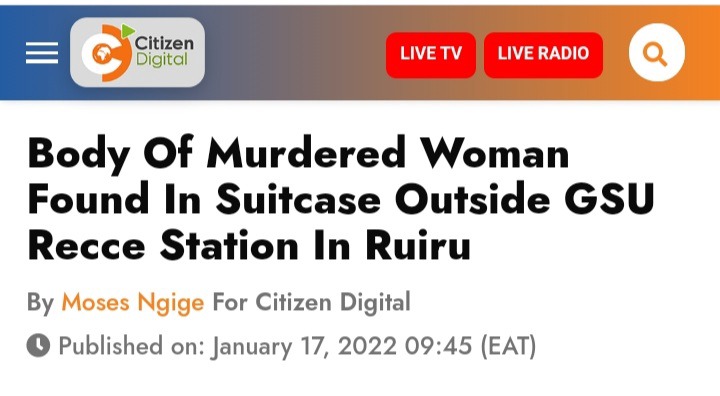