Residents of Kabete have launched a demonstrations over an incident that happened yesterday in the evening after a rogue police officer reportedly pulled out a gun, shot his lover along with several boda-boda operators before he turned the gun on himself after which he shot and killed himself. According to the reports given by one of the locals, he claimed that they were sitted before the rogue police officer opened fire in the other end. In attempts to find out what happened, they rushed to the crime scene only to find out that one of their friends had been shot dead.

"We were just sitted before hearing a number of gunshots. We only came to find out that some of the men who we were with had been shot by a Police Officer who later shot himself dead. I don't want to know what to say about this but it's funny because one of the men who died left this place a few minutes before we heard that he was shot dead. Are police officers meant to kill or protect us because this is now funny, the inspector General of police should do something ", one of the locals said.

For this reason, residents who are currently demonstrating have called upon the necessary government arms to conduct an investigation in order to find out what happened and at the same time, make sure that the families of the victims are compensated for the loss of their loved ones. 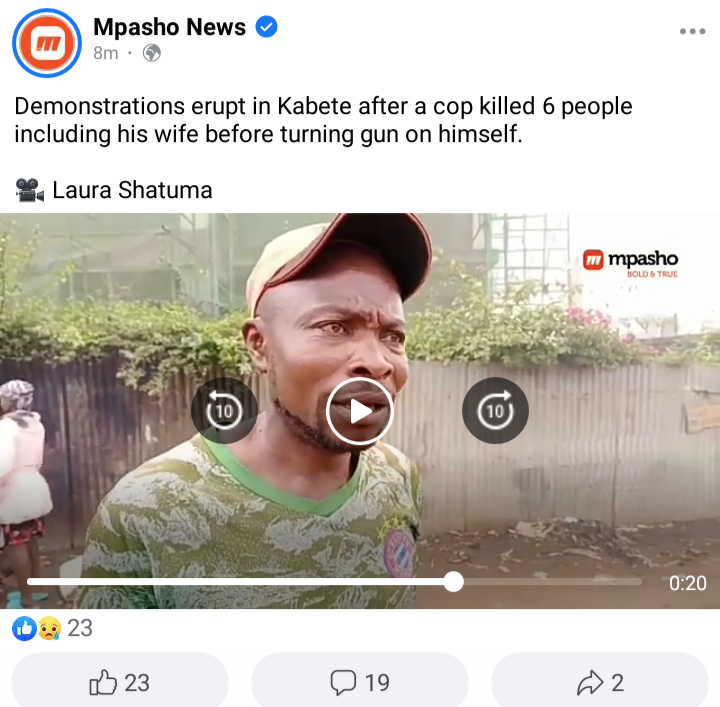 While reacting to this incident, kenyans who took to their different social media accounts to express their opinions and suggestions on the matter have called upon the inspector General of police, Hillary Mutyambai to conduct an investigation in order to find out what happened and why officers are killing themselves at a high rate.

Be At Peace And Prosperous By keeping The Following To Yourself

What Takes Place When One Conjoined Twin Dies Before The Other

How Men Unknowingly Kill Their Marriages.

Simple Cloth Rack Is The Best Solution For No Closet Rooms. Check Out For Ideas