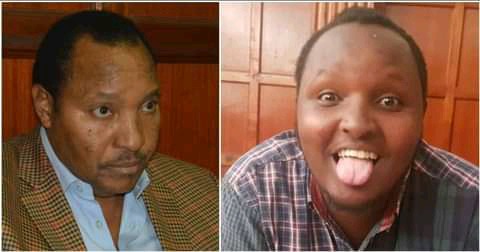 Former Kiambu governor Ferdinand Waititu left Kenyans talking yesterday after he declined to bail out his son who was arrested for driving while drunk. Brian Ndung'u was arrested on Monday morning drunk while driving a Probox at Muindi Bingu street in the Nairobi CBD.

Brian was arraigned in court where he was sentenced to a 3 months imprisonment or a fine of Thirty thousand. Brian tried to seek his father's help who declined saying that he had been warning him to stop taking alcohol. His father said that Brian should be jailed to learn a lesson. Efforts to reach out to friends also ran futile and Brian was transferred to Industrial area prison where he spent the Monday night.

Today, Tuesday 16, the 25 years old was released from prison after he managed to raise the thirty thousand fine. Brian has disclosed that it's one of his friends who came to his rescue.

Ndung’u said that one of his friends, Clinton Githinji, paid the Sh30,000 fine on Tuesday, March 16. He added that Clinton gave him the remaining Sh20,000 that he used to top up the Sh10,000 that he had on Monday at the time of his arrest and conviction.

Many Kenyans have been convicted for drunk disorderly and there has been a perception that people associated with big families cannot be arrested. However, Brian's case has proved that everyone is equal before the law. 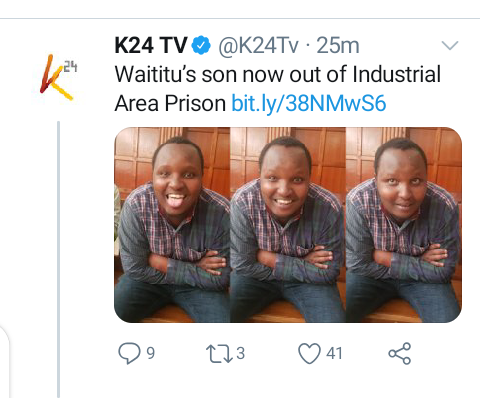 RIP: Sombre Mood As This Popular Musician Is Finally Laid To Rest Throwing Family To Mourning

Qualities of a good wife to be admired by her husband

When Dead Where Do People Go To In The Spiritual World

Ladies, Here Is What The Colour Of Your Discharge Means

Chad Army Takes Over, Imposes Curfew After The Death of President Idriss Deby