Police officers from Muranga are currently investigating an incident that happened a few days ago after the lifeless body of a woman and her two children were found in their house on claims that the woman had killed her two children before killing herself over her husband's infidelity.

According to the reports given by a reliable source of information, it has been revealed that the deceased who has been identified as Mutheu allegedly poisoned her two children before she also took her life by hanging herself on the ceiling.

Addressing this issue, one of the police officers who are currently investigating this incident has revealed that the deceased was found by one of her neighbors who had gone to say hi to her only to find out that she was dead along with her two children after which she called the police.

In the latest news on the incident, it has been revealed that the deceased wrote a letter before killing herself. In the letter, the woman accused her husband of lying and cheating on her with another woman despite the fact that she has never cheated on her with with any man and for this reason, saw it fit to kill herself.

"I have reached to the point where I don't feel like it's okay to live like this. I have been doing everything a wife should do and yet, you keep on cheating on me with different women and for this reason, I wanted you to know that I have never cheated on you with any man. I and our children will forever miss you, I love you", she wrote.

While reacting to this incident, kenyans who took to their different social media accounts to express their opinions and suggestions on the matter have called upon disturbed spouses to make sure they leave their relationships before its too late. 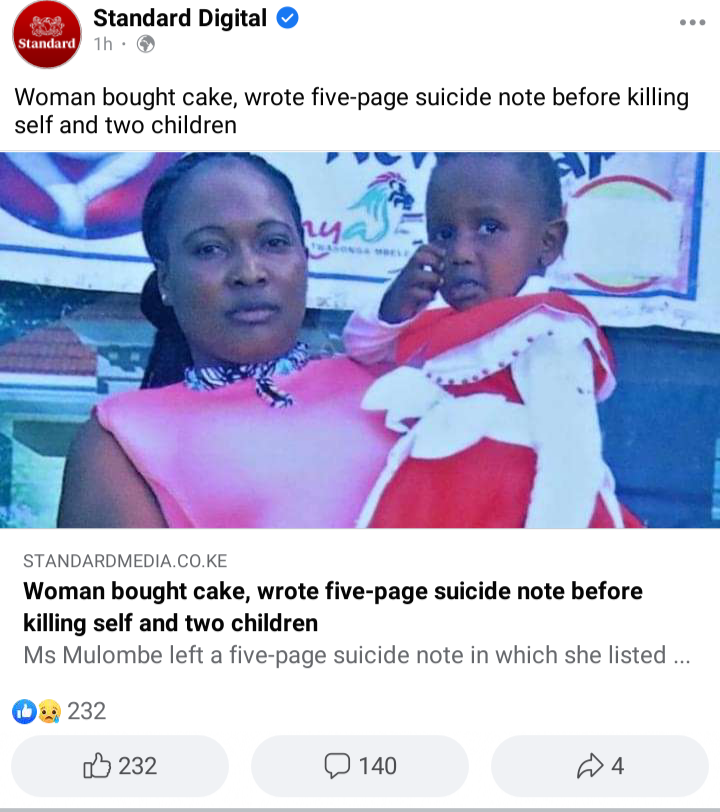