By Mosquito (self media writer) | 2 months ago

Months after 31 Bodies were found in River Yala, it has been revealed that 7 more bodies have been found in the same river.

According to the reports given by a reliable source of information, it has been revealed that the bodies of the deceased, 6 Men and 1 Woman were allegedly found by several residents who bumped into hem.

Residents who spoke to the media have called upon the government to to doing something about the increasing number of bodies which are being found in the river.

According to the reports given by most residents, they claimed that the river is a source of water for many residents and for this reason, they urged the police to do something about it.

Additionally, the local Mortuary has called upon kenyans with missing relatives to make sure they visit the mortuary in order to try and find their victims.

While reacting to this incident, kenyans have called upon the inspector General of police, the directorate of criminal investigations along with the director of public prosecution, Noordin Hajji to come out and reveal what is happening.

According to the reports given by most Kenyans, they claimed that it is so unfortunate that the government is yet to do something about the bodies which are currently being found in the River despite the fact that these are actual people. 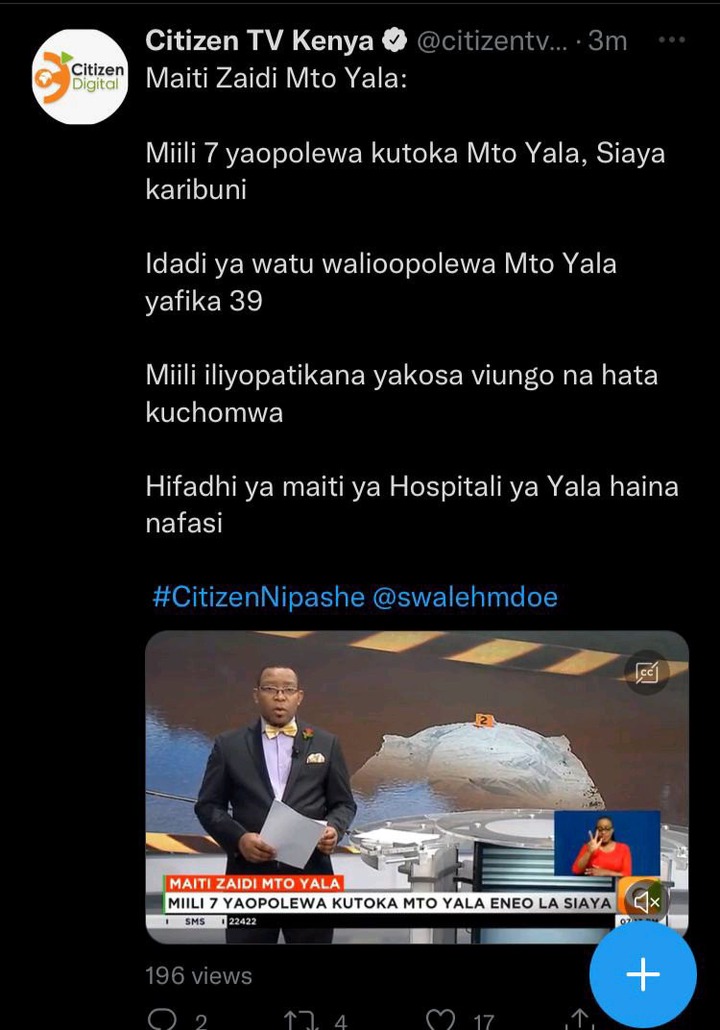 Content created and supplied by: Mosquito (via Opera News )