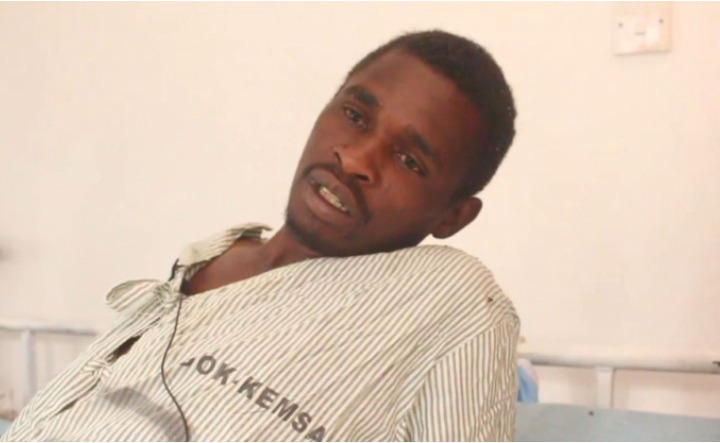 A man identified as Japheth Mutinda is currently nursing some serious injuries at the Mwingi level five hospital after a painful ordeal.

According to Japheth, he had boarded a Bodaboda ready to go home with the two agreeing on a 50 bob shillings settlement after the trip.

However things went south after the rider demanded an extra 100 shillings after they reached his homestead.

A heated altercation occurred and the area chief along side several cops were called to the scene. 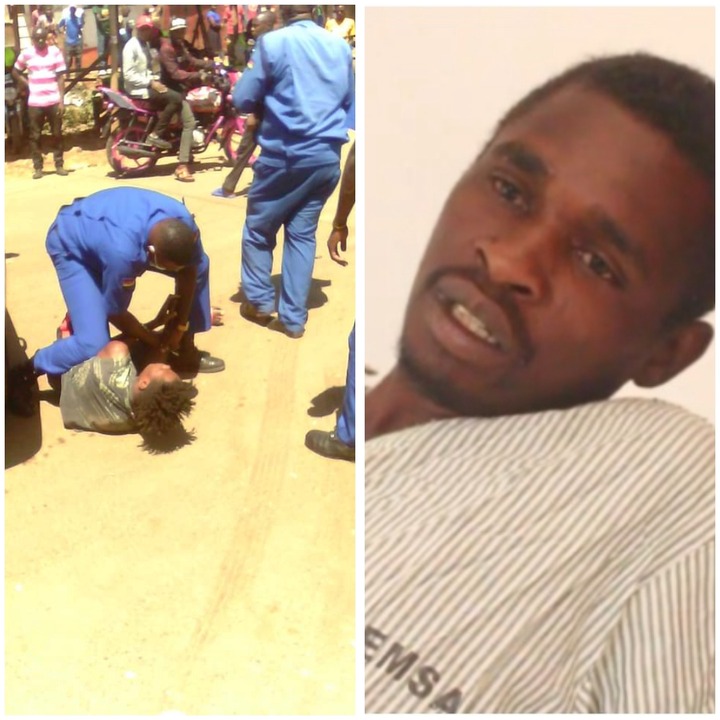 The young man was arrested by Ngunani police station cops who ordered him to avail a knife he had reportedly used to threaten the rider.

However Mutinda has recounted moments after he reached the police station.

They ordered me to remove all my clothes as they beat me to a pulp seriously injuring my Privates he said.

Mutinda who is yet to be released from the hospital said he wants justice and also called on IPOA to intervene and make sure the rogue cops who caused him grave pain are apprehended. 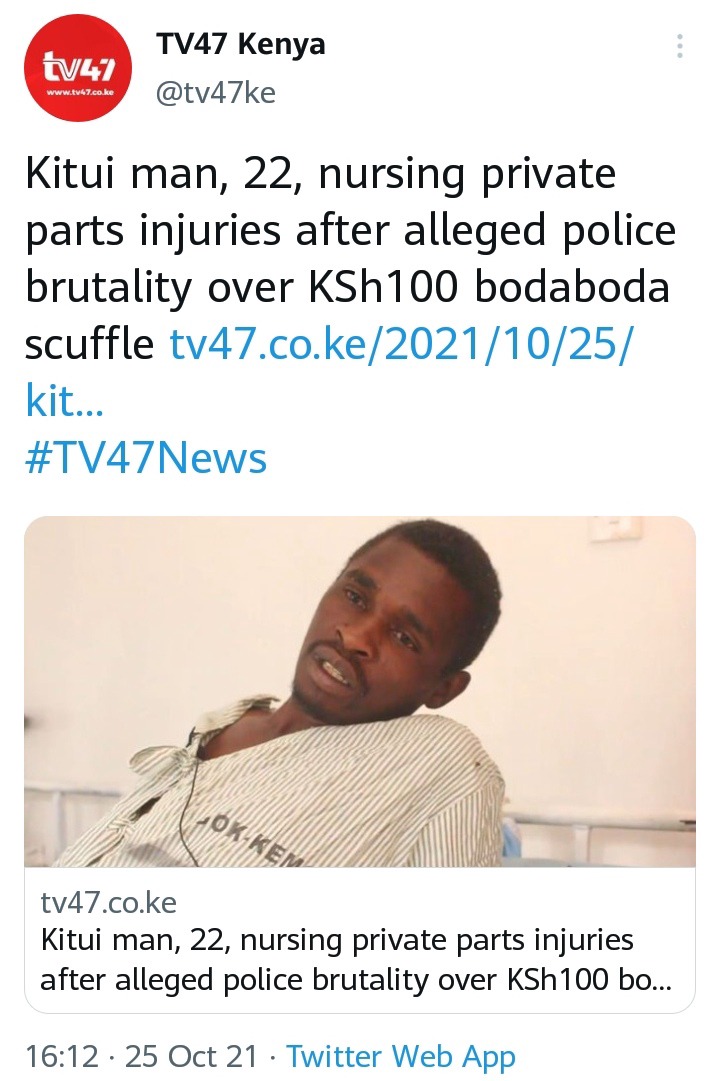