By Dimplez (self meida writer) | 24 days 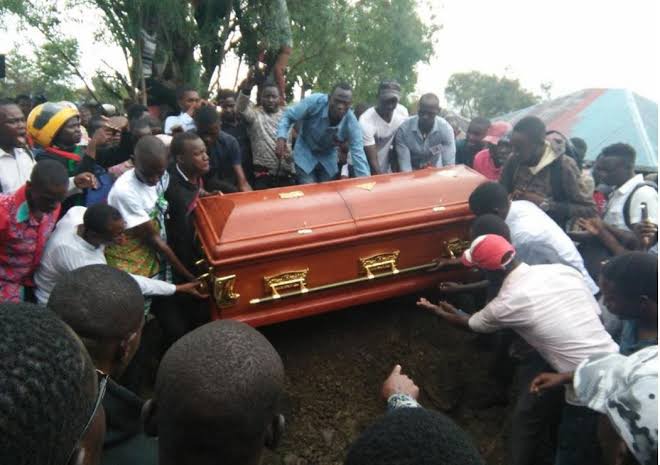 A family in Rubingo is still in shock after members of the public burnt the body of their loved hours to his burial.

According to sources the body which was ruthlessly burnt to ashes was that of a wanted area thug who had been terrorizing residents.

In report to the police, the man in question is said to have been shot dead by police officers after he committed a crime.

Its alleged the rogue thug had slashed a man with a machete leaving him for the dead.

Earlier reports also say he was in involved in a series of criminal activities amongst them kidnapping innocent children in the area.

On the ill fated night, before his burial yesterday, the family collected Mugume’s body to Fort Portal Regional Referral Hospital morgue amid protests by angry residents.

Relatives of the man who was reportedly slashed with a machete had requested 200k kenyans money before he was burried.. 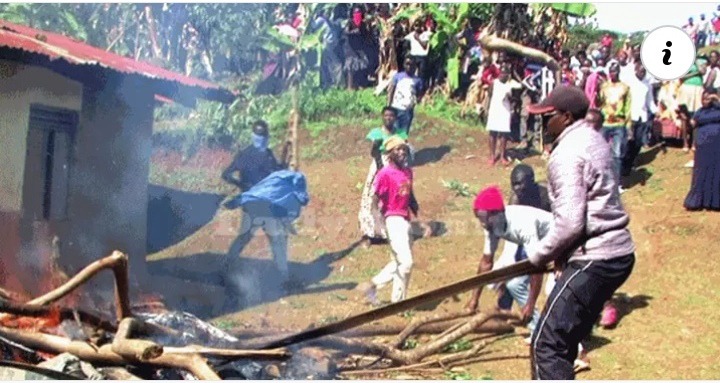 However, the family became defiant and proceeded with his burial plans, after digging his grave and body was ferried to the house all hell broke loose.

A heated altercation occurred at the resident where the family tried to hide the body but unfortunately the irate residents caught up with them.

Within a period of less than one hours the irate residents destroyed his casket and later took his lifeless body outside.

Using the wood that made the casket, and petrol from nearby Boda-Bodas the angry mob set his lifeless body on fire.

Police officers toured the scene almost two hours later where they collected the remains ans took them back to the morgue as more investigation continue into the shocking act. 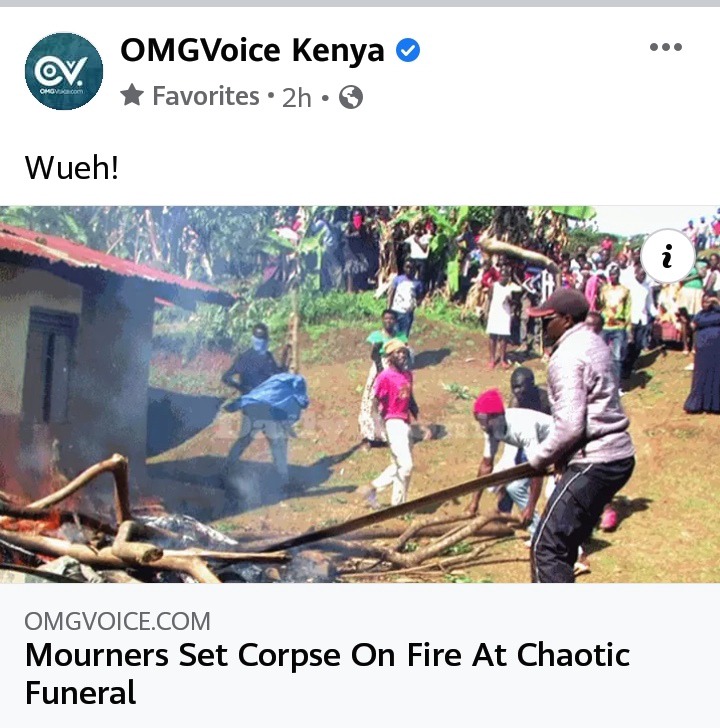