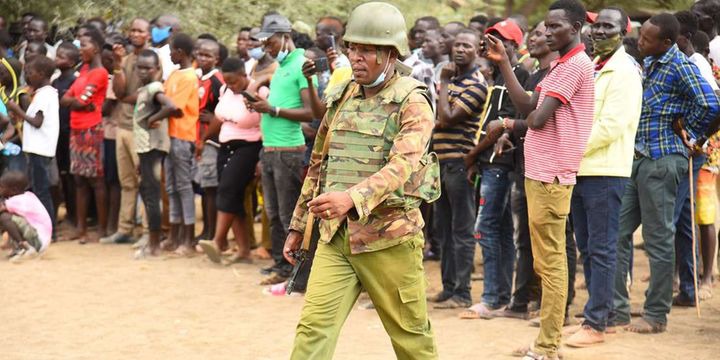 Police officer shot dead and another injured by thugs in Kapedo.

A contingent of police officers has been deployed to Kapedo, a trading market along the border of Turkana and Baringo Counties, in a bid to net the assailants who escaped in the nearby Bush.

On Monday morning, bandits had raided residents at Kapedo and shot dead two members of the public.

The two were herding their livestock when the assailants ambushed them and killed them.

Tension is simmering in the area as locals are fleeing their homes following the latest attack.

The body of the officer was found lying in open field by members of the public who called the police.

The injured victim has been taken to the hospital for emergency treatment.

The body of the deceased was transferred to the hospital mortuary awaiting postmortem.

Elsewhere, a 34-year-old woman has committed suicide inside her house under mysterious circumstances.

The body of Michelle Onyango was found by their neighbours who noticed a foul smell coming from the house. 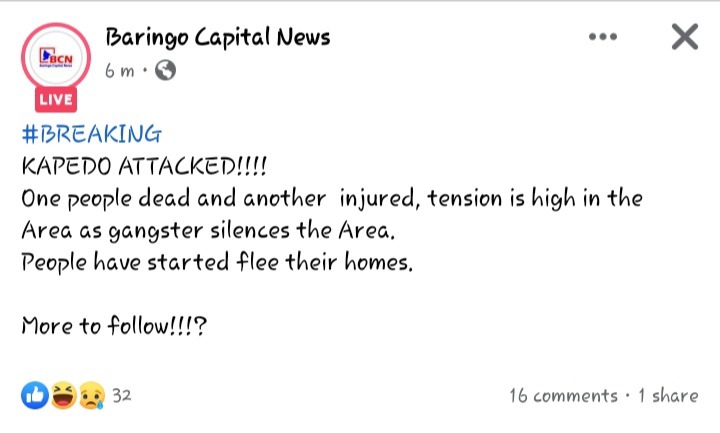