By Powellblog (self media writer) | 3 months ago

A state witness has today recalled incidents that took place at his gate the day Monica Kimani was killed by two unknown assailant at her house in Kilimani,Kasaine who was with Jowie Irungu that fateful night told the judge who is presiding over Irungu murder trial that he was called late at night by Jowie Irungu who had been kicked out by his fiancée Jacky Maribe,the witness claimed he found Maribe and Irungu arguing about being kicked out.

Jowie Irungu was furiously protesting to Jacky Maribe questioning why she had kicked him out of her apartment,the exchange of words continued as Jowie was breathing heavily after shooting himself,before they continued arguing Kasaine called his wife so that they could take his neighbor to the near by health facility,thats how they arrived at Nairobi hospital late at night. 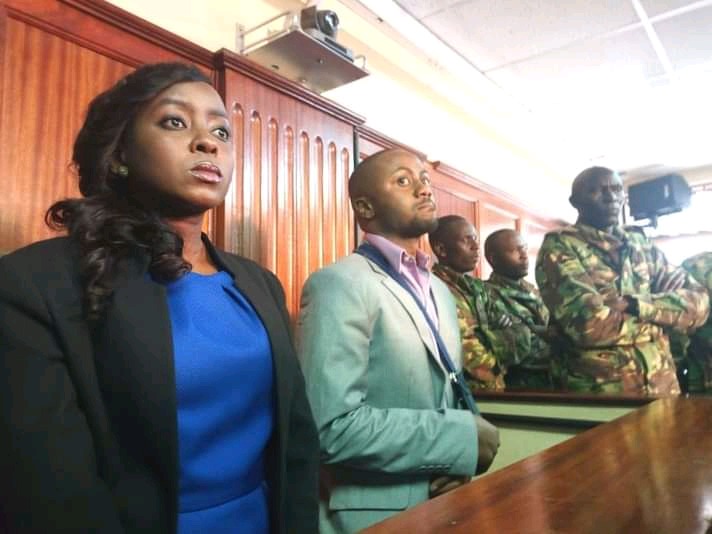 Few weeks ago detectives had filed an affidavit in court seeking the high court to block Jowie Irungu but it was established that he is following every instruction he was given be the high court.