By SamMunyaka (self media writer) | 10 months ago

The Late Apc Benson Kaburu, a GSU officer killed by Kapedo bandits has finally been laid to rest at Kianjagi, Tharaka Nithi County. 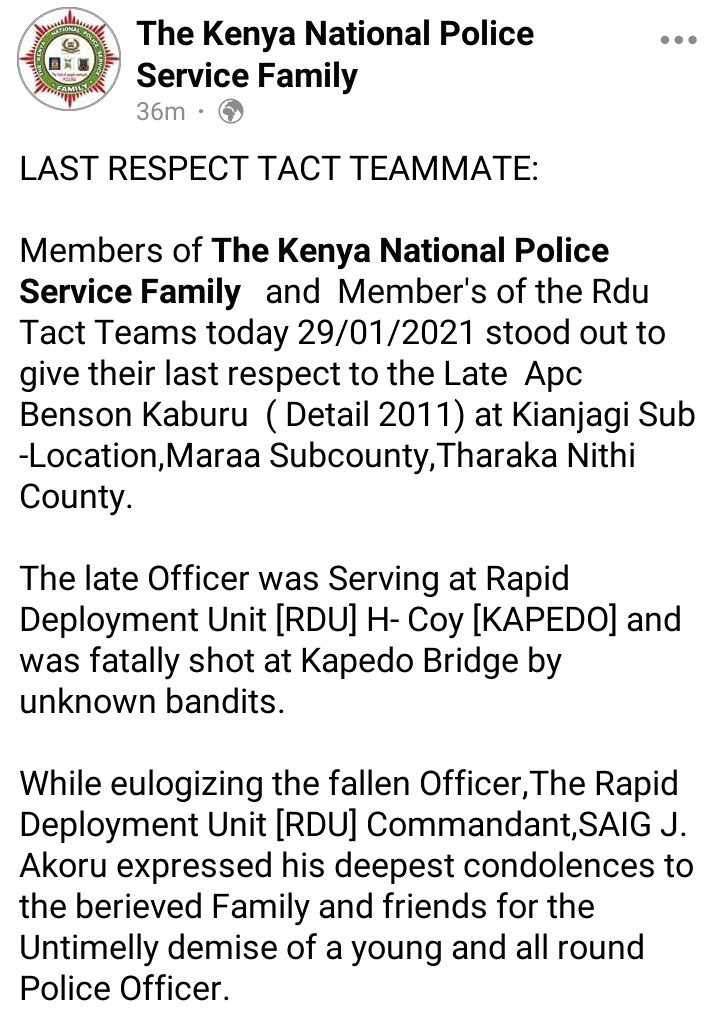 Until his demise, the late was serving at Rapid Deployment Unit (RDU) H- Coy (KAPEDO).

In attendance were fellow officers and RDU Commandant SAID J. Akoru who paid their last respects and condoled with the bereaved family of the Officer. The head of the specialized Unit also vented his heartfelt condolences and praised the officer for being sedulous in job. 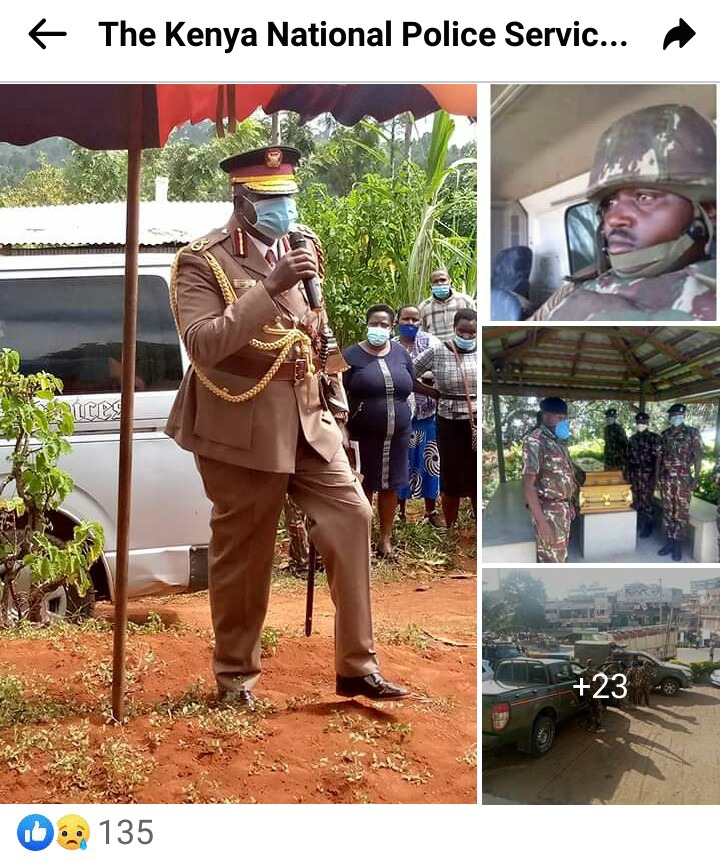 The officer, Tact deiver was gunned down by unknown bandits at Kapedo Bridge alongside Commander Emadau Temakol while travelling back to Nairobi.

Interior Cabinet Secretary Fred Matiangi on Thursday condemned the act in the strongest term possible and promised to bring to an end the insecurity menace that has been affecting Turkana and some parts of Baringo. 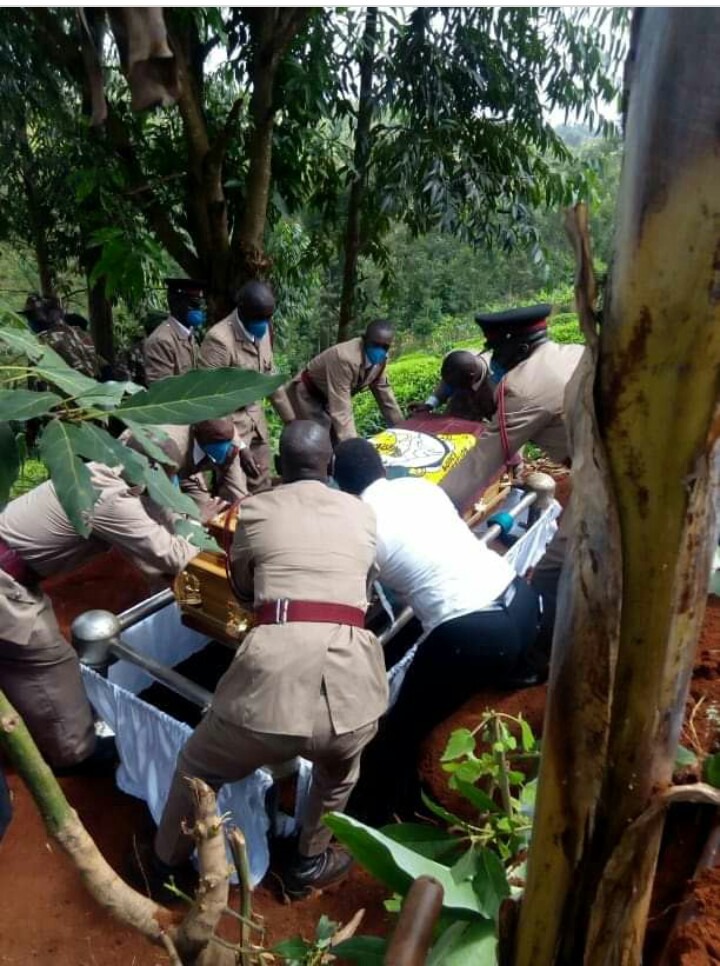 Over the recent days, heavy gunfire between police officers and the bandits have been reported. Reports have it that the government has recovered some deadly weapons and arrested some bandits. Man United Scouts Sent To Germany Ahead Of Transfer Window

Murang'a Politician Talks About Rigging in the 2017 Elections, Reveals What Uhuru Has Allegedly Done