By Sharon_Adhiambo (self meida writer) | 26 days 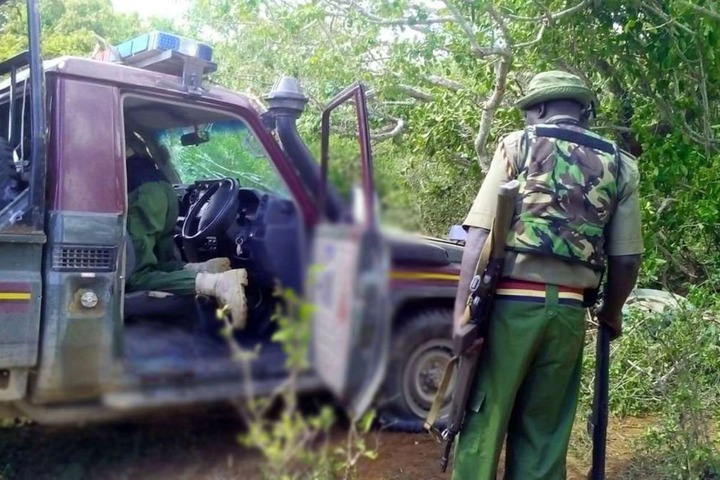 The directorate of criminal investigation (DCI) sleuths under the leadership of their boss George Kinoti usually use a no nonsense approach when dealing with criminals that threaten the lives of honest, innocent hardworking Kenyans. This is perhaps meant to deter other prospective gangsters that the law enforcement officers will not smile with them when they engage in criminal activities.

That is what four dangerous gangsters in Kiambu county came to realize if a report by the directorate of criminal investigation is anything to go by. The DCI say that four heavily armed criminals took hostage of an innocent man of God last night. The 57 year old man from a Nairobi church was abducted by the gunmen last night and was driven to Kiambu county.

However, the DCI sleuths managed to track up the vehicle and laid an ambush at Kamiti road. However, this is where hell broke loose as the directorate of criminal investigation revealed one deadly blunder that these harmful criminals committed that they would probably regret the whole of their lives,for those who survived.

The DCI says that the police commandos who were pursuing the criminals made a very straightforward instruction telling the four men to surrender but the men committed a grave mistake by defying the simple orders.

This blunder by the criminals meant that the highly trained police commandos had no option but to empty countless bullets into the bodies of the gangsters leaving two of the thugs dead on the spot.

The two lucky thugs who did not die took to their heels. And fled. However, their freedom may be short-lived as the DCI says that they are being pursued. 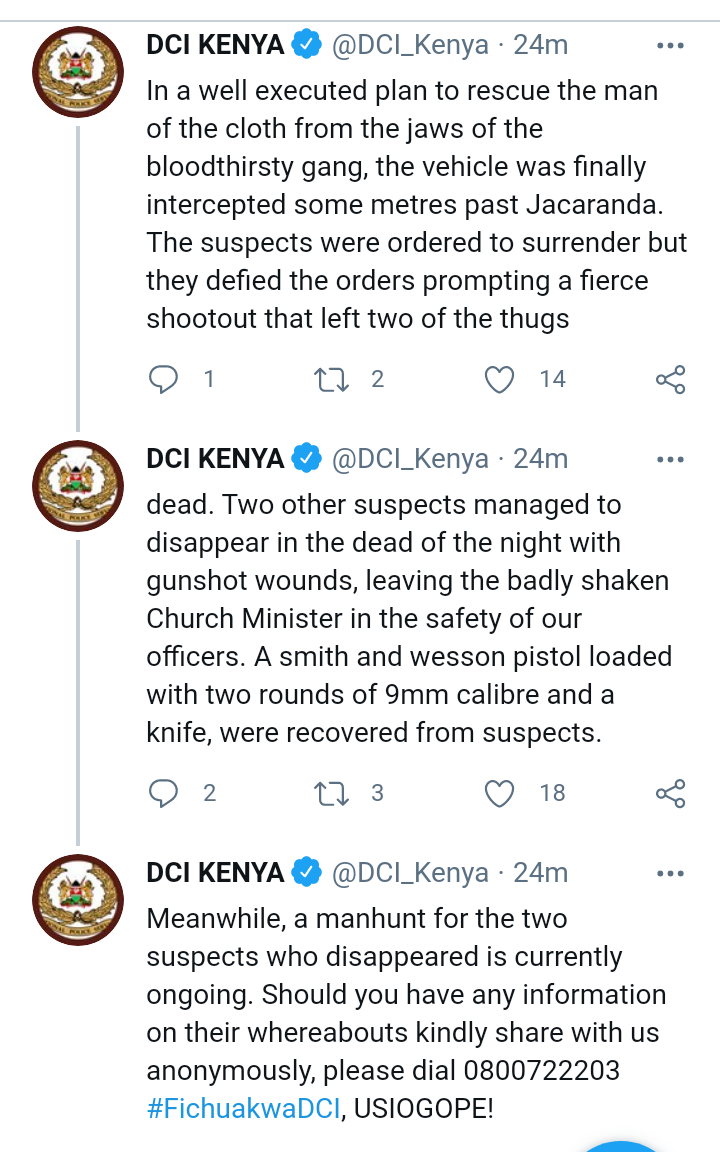 "In a well executed plan to rescue the man of the cloth from the jaws of the bloodthirsty gang, the vehicle was finally intercepted some metres past Jacaranda. The suspects were ordered to surrender but they defied the orders prompting a fierce shootout that left two of the thugs dead. Two other suspect s managed to disappear..." DCI narrated.