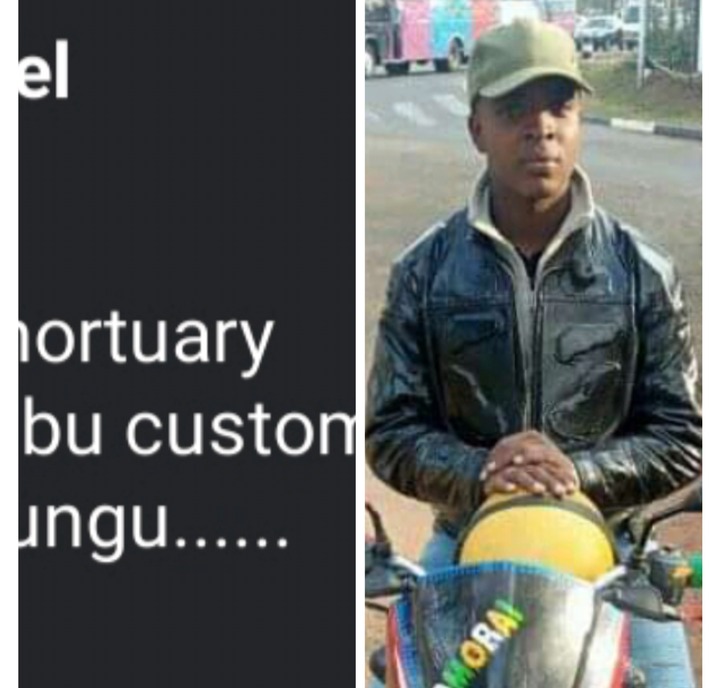 The Independent Policing Oversight Authority (IPOA) have commenced a probe into an event where one police officer attached to the Kamukunji Police Station allegedly shot dead one Bodaboda rider; Rabin Patel Ogeto who reportedly refused to part with a Ksh.50 bribe. The officer who is now admitted at the intensive care unit of one of Nairobi's Main Hospital greatly sparked mayhem along Kirinyaga road in Nairobi where he was seriously lynched by the angry mob.

The latest killing has once again put police officers on the spot over allegations of brutality. Well, the turn of events which transpired abruptly robbed away the young man his precious life also leaving his young family into utter grief. As confessed by one of his colleagues in Kamukunji, Rabin had just welcomed a newborn baby few days ago, just before his saddening death yesterday. Moreover, one of his previous post few months ago has also raised eyebrows over the perplexity that it bears. 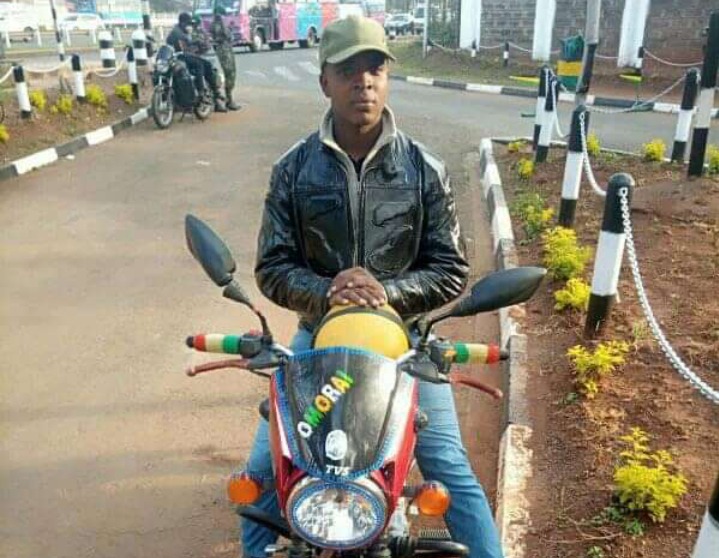 Well, his Facebook page was lasty engaged six days ago; designating how unforeseeable life can be. In April this year, Patel shared the following post which has now re-attracted some of his Facebook friends once again. 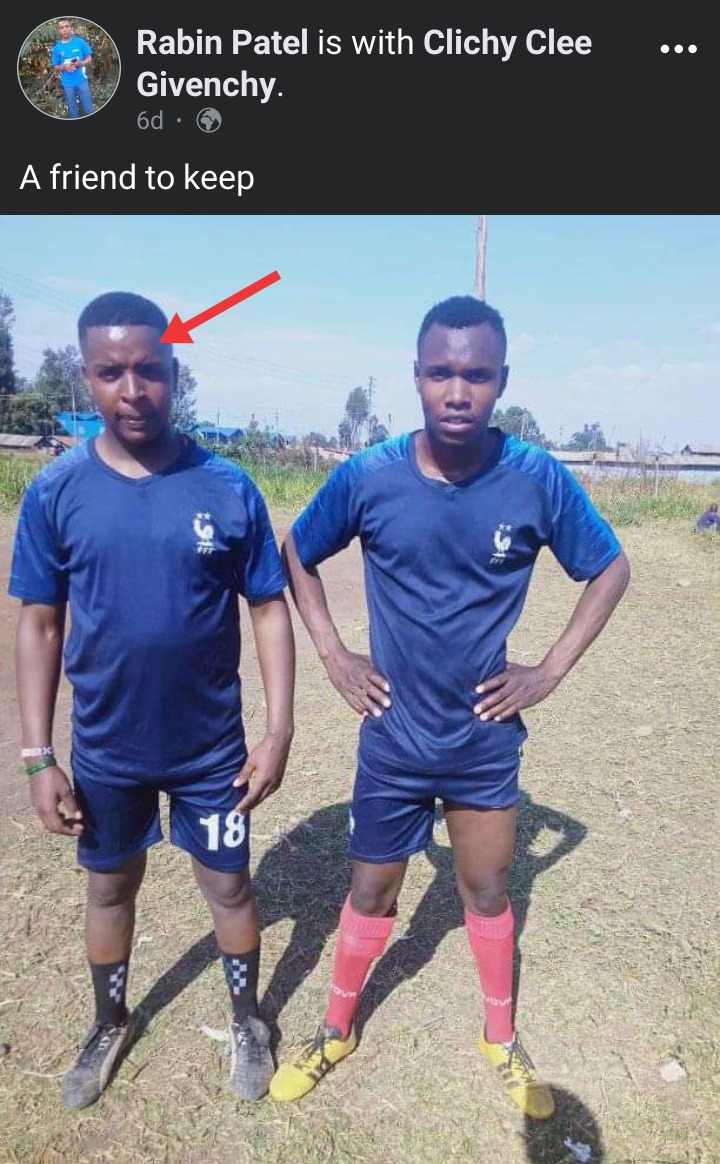 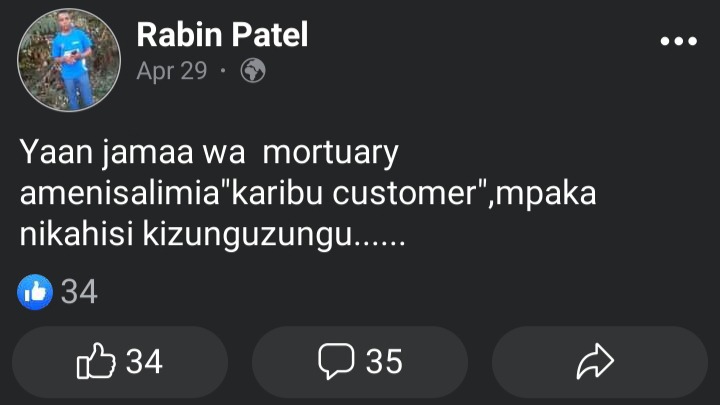 Well, a few of Rabin's friends have now been baffled by the bygone post especially by the sense of foreshadow it bears.

"Can't believe that you were to stay only for four months..." A friend commented. 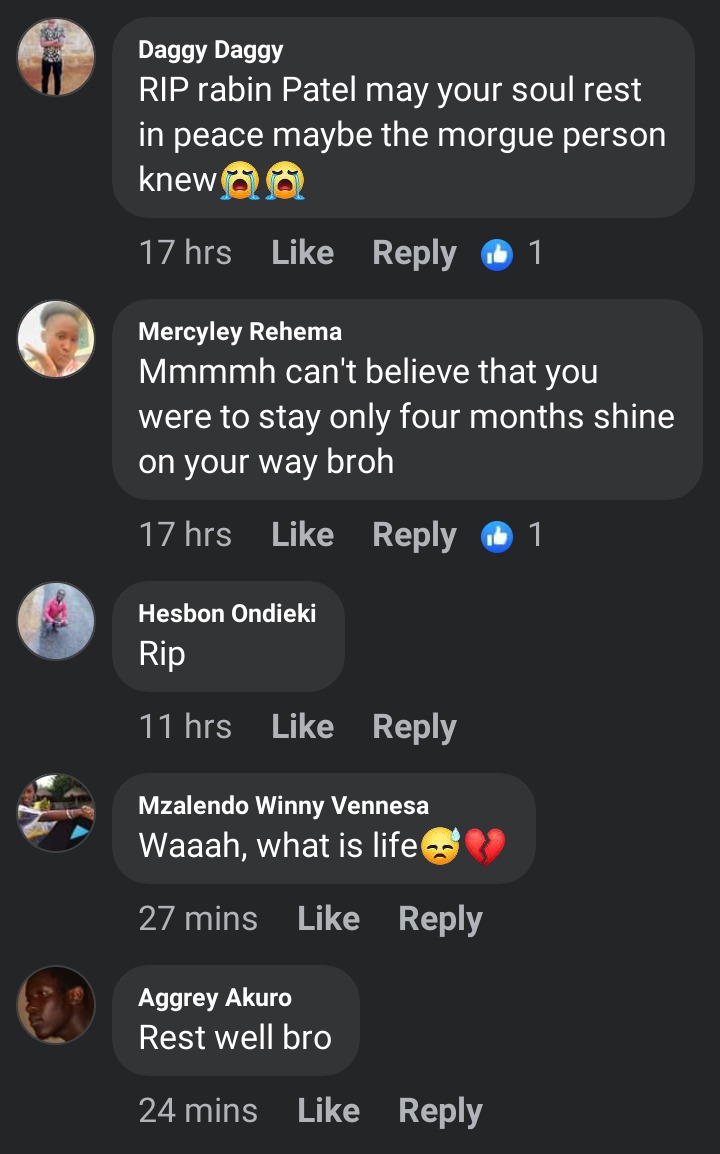 Burial plans for the slain transport operator are currently underway after which he will be laid to rest at his hometown in Makenene ward, Kisii County.