By Timednews.com (self media writer) | 4 months ago 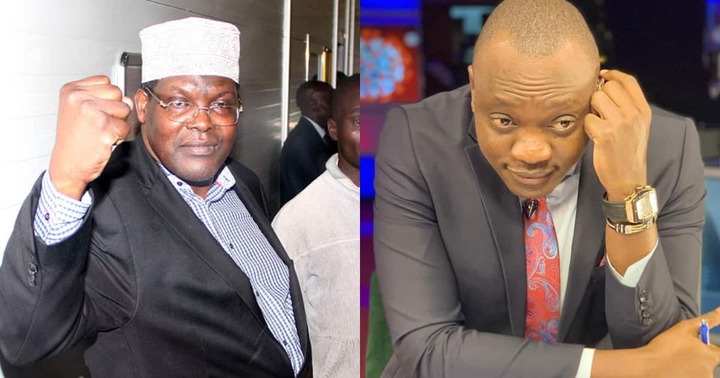 KTN News anchor Ken Mijungu was the co-host in a high profile interview with solicitor General Miguna Miguna who was televised live from the altruistic and exemplary climate of city of Toronto on the 23rd day of February, 2022.

In an effort to grant kenyans who hadn't followed the live interview that fateful night, the news station uploaded the lengthy interview on its official YouTube Channel. However, after a few hours, the TV Station pulled down the interview, an act whose solemn purpose is yet to hit the public limelight.

Miguna Miguna has finally reacted to the pulling down act of his interview by KTN News. He has underscored that an insider at he station notified him that their analystics intimated that a myriad number of kenya had followed the live interview and therefore had a glimpse of what he articulated during the interview.

Miguna stated that deleting the interview from the YouTube channel did not have a major impact owing to the mammoths of kenyans who had gotten the message he conveyed on the live interview. 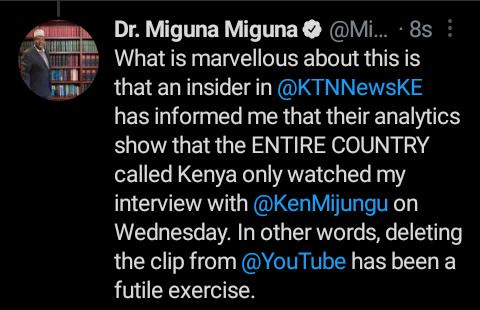 Content created and supplied by: Timednews.com (via Opera News )

Gachagua Predicts The Percentage Of Votes They Will Get, Dismisses Opinion Polls.

' Surely, What Do Ladies Want?' A Man Laments After His Girlfriends Leave Him For Being Handsome