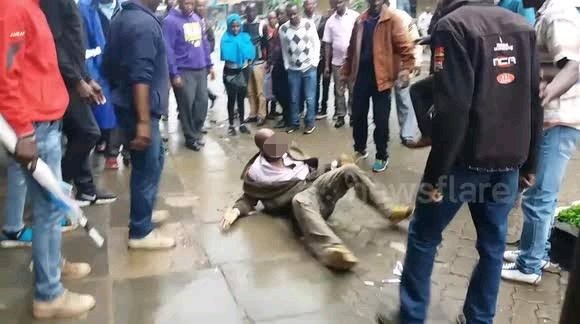 Two weeks ago, two business owners were shot dead after a botched robbery in the city's Adam's arcade area.

Reports indicate that the two armed thugs shot at two innocent kenyans during robbery that was never successful.

However, days after the worrying robbery that sparked seriously uproar across the country, the two thugs alongside their ally have finally been sent to the after life.

According to a police report seen by this reporter, Kasarani police boss has confirmed that the three were lynched by a mob after a botched Mpesa robbery. 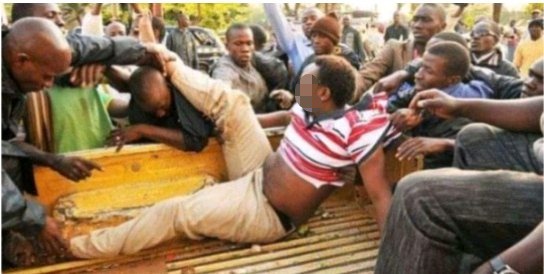 It has emerged that the rogue thugs has just robbed 900k from an Mpesa agent who gave a bizarre chase hooting and calling for members of the public to help nab the rogue thugs.

Amazingly, members of the public managed to corner the three thugs, using all manner of crude weapons at their disposal they mercilessly killed the three before cops arrived.

Police officers managed to recover a loaded gun, after ballistics it was discovered that the same gun had been used to kill two innocent people at Adams Arcade. 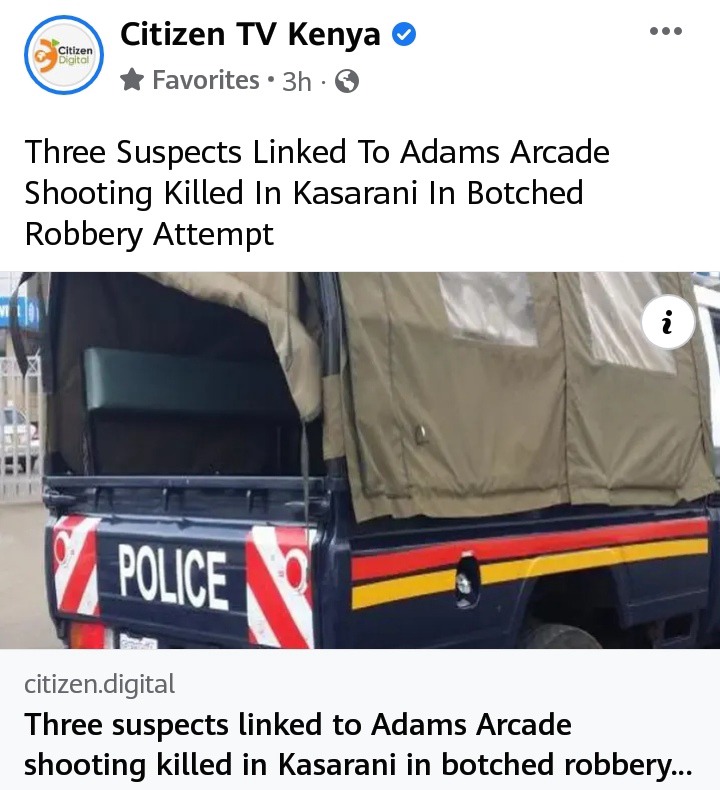