By Kiprosing (self meida writer) | 1 months 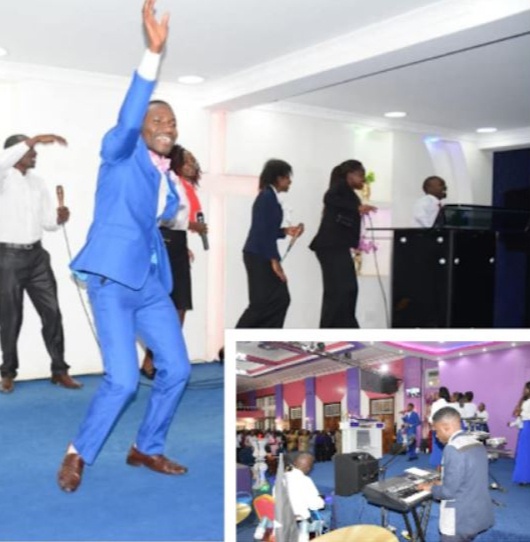 The choir boy from Mwingi who stabbed his girlfriend thrice on her stomach had penned an eerie suicide note to both their parents.

Calvin Barasa 24, instructed his parents to ensure that even in death, his girlfriend, Faith Makau would never escape him.

Calvin had allegedly taken poison to end his life but that was not to be.

In his house, a suicide note was recovered where he had asked his mother and Faith's mother not to miss their burial. He also directed their bodies to be buried inside the same coffin as it was their wish.

The letter was signed, "Calvin and Faith, our wishes." 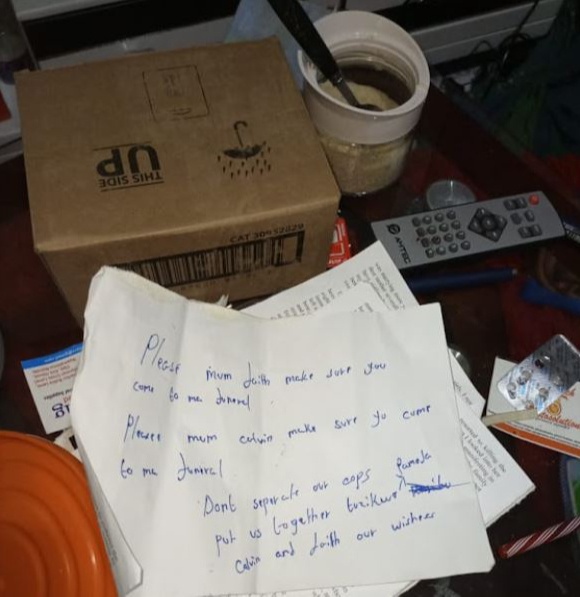 The two were believers at the same local church in Mwingi town and were said to have a relationship that turned sour.

According to the Standard, Makau’s troubles began shortly after she left her house to buy airtime from a nearby shop. On her way, she met Barasa who requested her to help him carry the musical instruments to the church.

“On my way to the shop, I met Baraza, who requested me to help him carry musical instruments to the church. I didn’t sense any danger, as it’s normal for members of the youth team to assist in church activities. I, consequently, agreed and accompanied him to his house,” she said as reported by the Standard.

She gladly accepted to help him but little did she know his motive. Upon reaching Barasa's house, she noticed two kitchen knives on the table.

“Given that it was his house, I thought it was normal for someone to sometimes forget cutleries in the living room," she added.

It is then that Barasa gathered courage and opened up on what he perceived as her long time rejection of his romantic advances, saying it was time to get things straight. 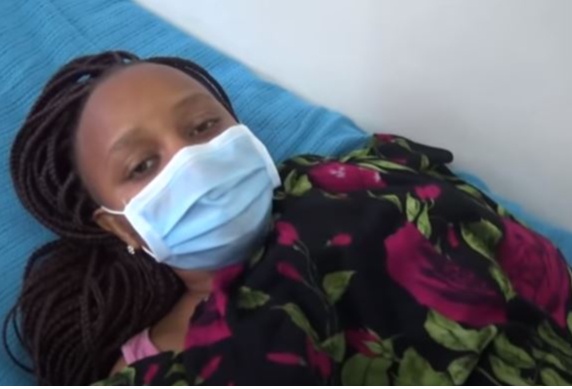 “He told me, ‘I have been expressing interest in you, but you always reject my advances. Today, I want to prove to you that if I won’t have you to myself, then no one else will’,” said Makau.

She claimed that Barasa picked one of the knives and severely cut her index finger before stabbing her thrice in the abdomen.

“He, thereafter, stabbed me in the abdomen twice. I was in shock and too weak to scream. When he stabbed me for the third in the stomach, I fell down and pretended I had died,” narrated Makau.

The estranged lover then fled telling her that she would never see him again.

“Convinced that he had gone, and wouldn’t return anytime soon, I rose up and started walking towards the door, while in deep pain and bleeding profusely. On reaching the exit, I was shocked to see him coming back. It was then that I gathered courage and shouted for help.”

She narrated how her pleas to him fell on deaf ears, an indication that he had made up his mind to end her life. 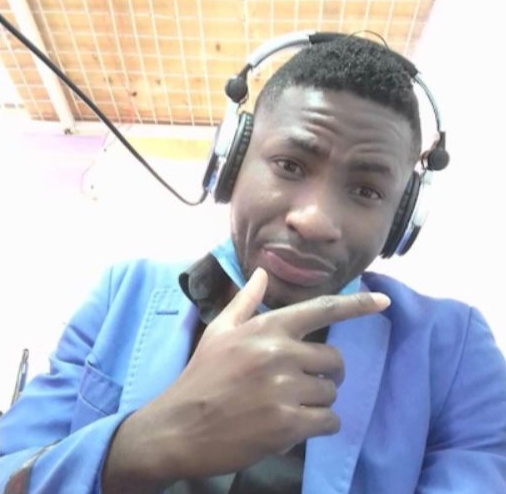 “I was sure he was devoted to killing me. Nonetheless, I begged him to take me to the hospital, or just carry and abandon me on the road. That’s the last thing I remember. I must have collapsed thereafter,” she added.

Luckily, Faith was rescued by neighbours who heard her scream and rushed to Mwingi Level IV Hospital, where she is undergoing treatment.

Barasa was later nabbed by an irate mob that was baying for his blood but was rescued by police officers.