Death in the Gulf, a Kenyan Girl Murdered in Saudi Arabia

By Essiealyz (self meida writer) | 3 days

Many kenyan girls and women leave the country for gulf countries in search of a better life and finance with hope to return back to their families with help safe and sound.

For many kenyan girls however that quest for a happy life turns tragic by day.There have been numerous cases of violence, torture and even sexual harassment.This time however it was different for Saida Vugutsa Talia who recently died in saudi arabia in mysterious circumstances and her mistery and bad luck are following her even after her death.

Her mother who had gone to receive the body of daughter at the Jomo Kenyatta International Airport said that the employer mistreated Saida.He killed and buried her and the mother got to know about it on March 25. Kenya's Ministry of Foreign Affairs told the family that a report from the Kingdom of Saudi Arabia Government informed them that at 4pm on Thursday January 29,2021 a call was received from the police regarding the presence of a body in a desert area North of the village of Mushrifa partially covered by sand approximately 15 kilometers away.

After the body was confirmed to be of an African woman an investigation established it was Saida Vugutsa Talia who had left for Saudi Arabia on February 17 2020. Her mother said that Saida sent a message telling them that her employers were being erratic and if she were to disappear from the internet they were to be blamed and explain where she was, she later called after two weeks saying that she had fought with her employer after an attempted rape and escaped to a police station in Saudi Arabia.

It is not known when exactly she was murdered and her body buried in a shallow grave and discovered in January. Coincidentally the family was collecting the body for burial on Thursday April 29 the same date and day in January when the police in saudi arabia collected her body in the desert. 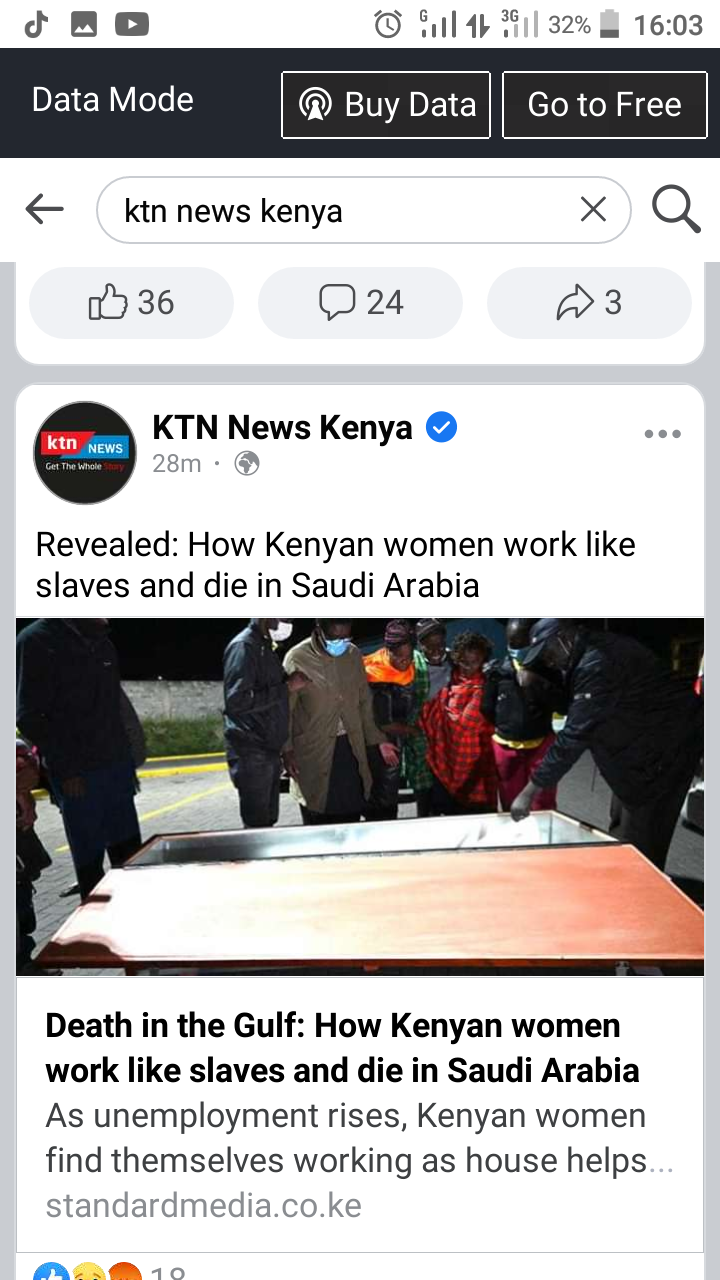 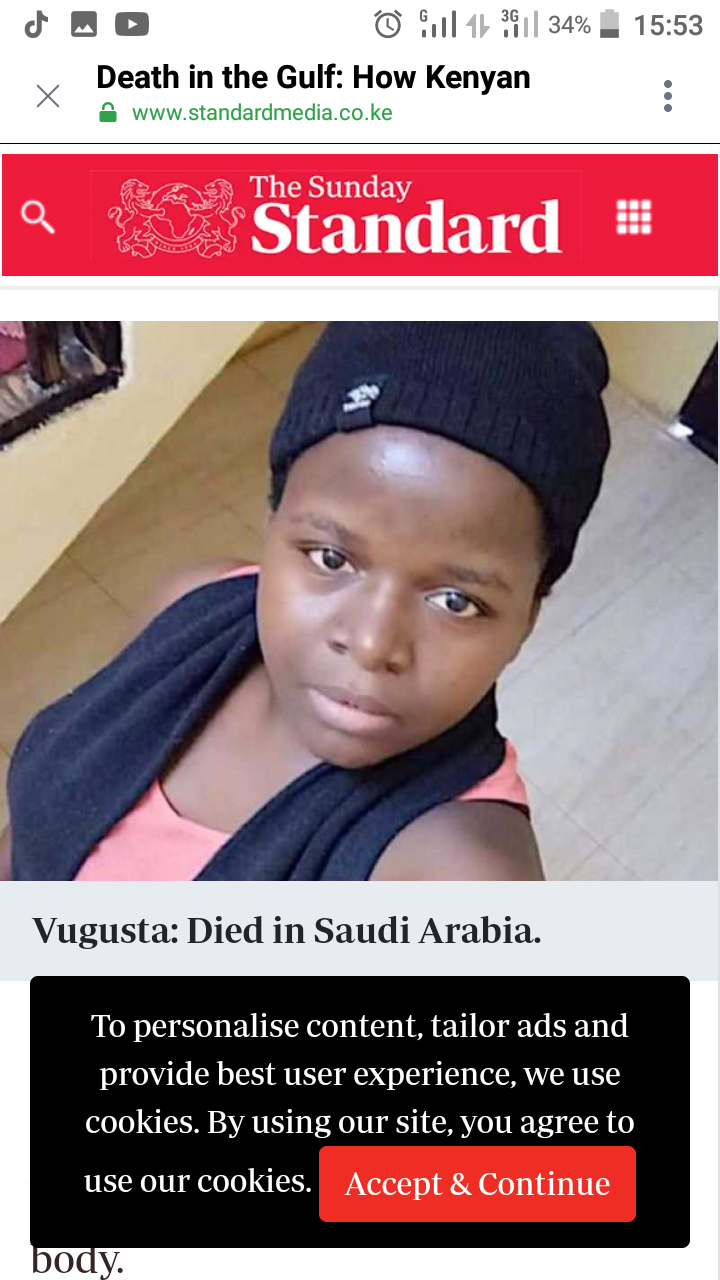 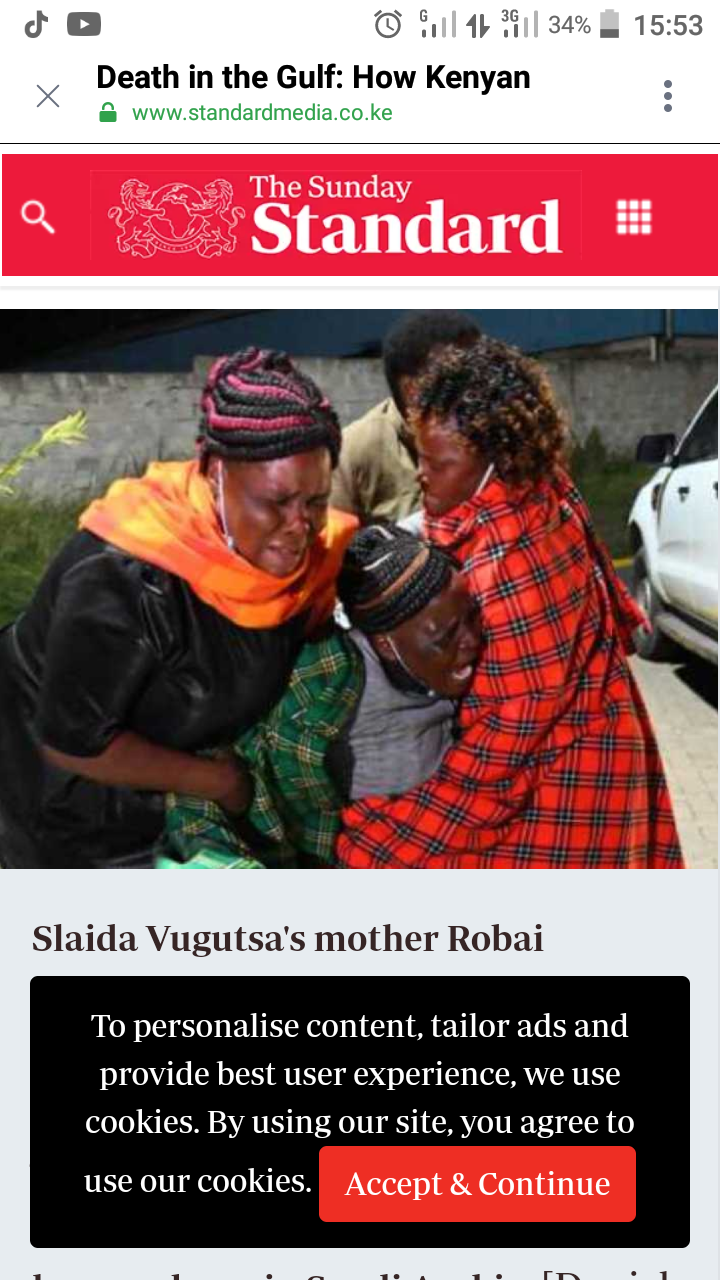 Content created and supplied by: Essiealyz (via Opera News )