By UMEOMOKAnews (self media writer) | 1 year ago

According to police the suspects were identified as Charles Mulo, Fredrick Muderwa, Jesse Muriuki,Reuben Njuka and Gabriel Mungai they were arrested in the morning by a team of police officers from the area DCI and Kamukunji police station as they were almost to break into the bank wall at Angle House along Ukwala lane in downtown.

“The criminals had booked themselves into guest rooms at the said building, which shares the same wall with the bank,” One police revealed. 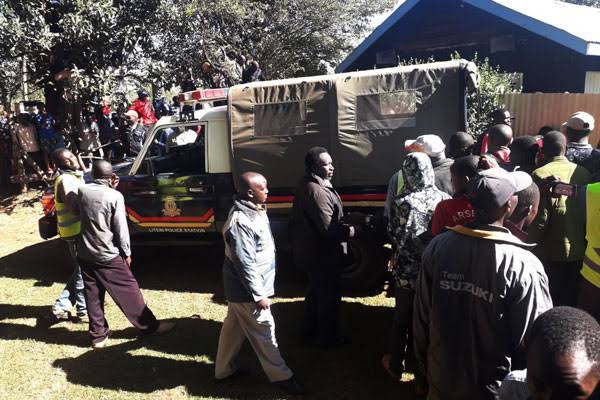 It was also revealed that the suspects had already attempted to drill into Bank wall in the midnight.

When they were cought by police,they fled for their safety to the building ceiling where they detectives were forced to retreave them.

“Detectives however brought the ceiling down, exposing the five who clung on the roof trusses for dear life.With the iron sheets above them and the armed sleuths waiting to pounce on them on the ground, the miscreants were left with no other option, other than to surrender into the good hands of our officers.” police added.

Among the tools which was recovered during the incidence was 3 hacksaws, a metal drill, 5 metal bars, one metal cutter scissors, and a suitcase and a knotted twisted rop.