The National Police Service has been at the forefront of ensuring that Kenyans are very safe from any harm that might befall them from criminals all across the country. 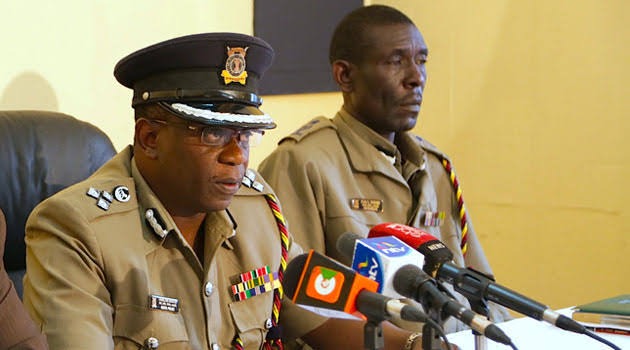 Picture courtesy. The late Charlton Muriithi at a past Press Conference.

The National Police Service is said to have participated fully in the August General Elections with over 150,000 police officers dispatched to the many Independent Electoral and Boundaries Commission polling and tallying centers across the country.

This morning, however, Kenyans were shocked to learn of the death of a senior police officer who is said to have been undergoing treatment when the death occured at the Kenyatta National Hospital.

This afternoon, according to the reliable reports that we have from the Official Social Media Handle of the National Police Service, the Inspector General of Police has broken his silence on the unfortunate passing of the senior officer at Kenyatta National Hospital.

Mutyambai has disclosed that the late officer was working as the Director of the Kenya National Focal Point on Illicit Small Arms and Light Weapons when he met his demise after a bout of cancer.

As per the reports from the statement released by Inspector General Hillary Mutyambai, Senior Assistant Inspector General of Police, Charlton Muriithi left behind a family who have been informed of the passing of the officer.

Plans are underway from the National Police Service and the family on how Senior Assistant Inspector General of Police will be laid to rest.

We extend our condolences to the friends and family of the late Senior Police Officer. 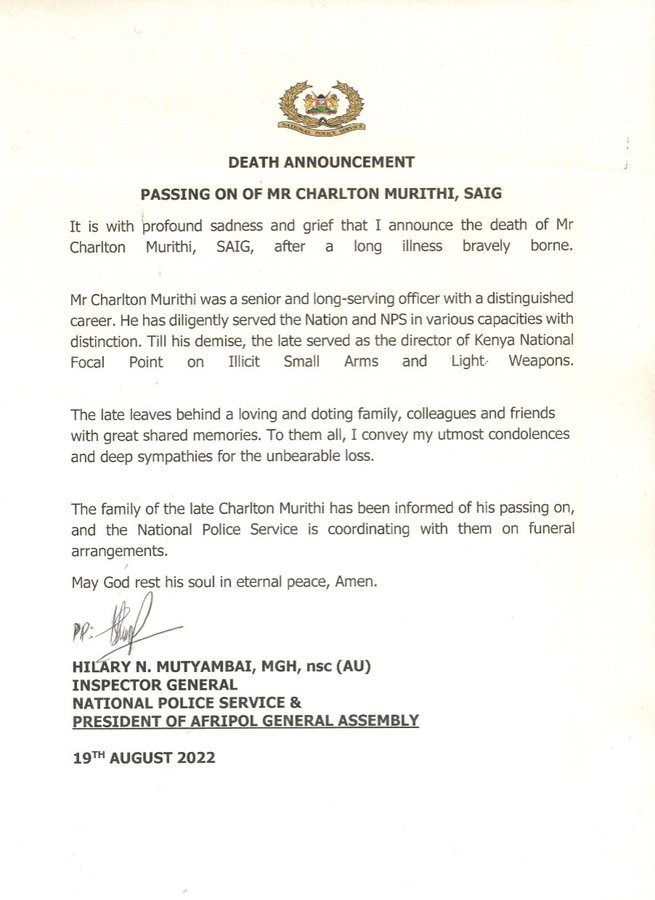